THE social stigma against smoking pot into middle age has been officially lifted.

It had previously been deemed unacceptable to smoke weed beyond 30, at which point most people stop doing drugs altogether or just have a few self-conscious lines of cocaine at aspirational dinner parties.

Government drugs advisor Tom Booker said: “While cannabis will remain illegal – for what that’s worth – it’s time to stop ostracising older smokers as ‘hippies’, ‘weird uncles’ and ‘people who never got their shit together’.

“Cannabis can be part of a functional middle-aged lifestyle, particularly if you do a lot of things that involve sitting very still, like fishing or watching the snooker.”

“My wife finds my weed smoking embarrassing. She says it robs me of my ambition, but I’m the senior partner in a mid-sized accountancy firm – how much ambition does she want?

“It’s just a social conditioning thing, she consumes Merlot like it’s going out of fashion but I can’t have a bifter because we’re ‘not at college now’.

“She even comes into the spare room when I’m smoking a naughty and opens the windows in a passive-aggressive manner.

“Also she keeps hiding my Santana LPs because she thinks we should listen to tepid singer-songwriters and sexy violinists, ‘like normal people do’.”

Crossrail net closing in on Boris 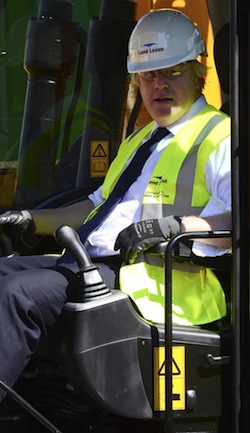 THE London Crossrail project could soon uncover the pit Boris Johnson uses to dispose of his enemies, it has been claimed.

As Crossrail excavators found yet another ancient mass grave, insiders said the mayor will be sweating very badly at the moment.

A source said: “Since he was at Eton Boris has been identifying anyone who might one day thwart his ambitions.

“He would invite them out for dinner and have one of his henchman collect them in a fancy car. The victim would sit in the front seat and then a second henchman in the back seat would strangle them, Godfather-style.

“The body would then be taken to the pit in central London and Boris would spread a rumour that the victim had been exposed as having working class parents, changed their name and moved to the North.”

According to insiders, Johnson will try to move the bodies before they are found by the Crossrail team by creating a diversion such as pointless roadworks, a ‘chemical incident’ or a burst water main which floods dozens of houses in Herne Hill.

The source added: “If you look at that photo of the Bullingdon Club at Oxford, at least seven of them have ‘disappeared’. He never saw David Cameron as a serious rival. But then again, why would you?

“Anyway, Cameron is probably too high profile to go the way of the others, though if I was him I wouldn’t sit in the front seat of a car anytime soon.

“You have to understand that Boris is completely insane.”