YOU cannot have any time off at Christmas because everyone else has already booked theirs, it has emerged.

Both weeks, from Monday December 22 to Friday January 2, are completely full and there are already people on the standby list in front of you.

Joanna Kramer of Coventry said: I cant believe this has happened again.

Were six months away from Christmas. I mentioned it as a joke  as a joke  to Nathalie in marketing and she just looked at the floor.

Senior manager Norman Steele said: If Joanna really cared about spending the festive season with her family, she wouldnt let this happen every year.

Its not as if the date of Christmas changes, and the leave book is open all year. Personally I make sure to book in no later than the end of February.

The situation is likely to resolve itself in early December, when half the leave is suddenly cancelled by panicky co-workers desperate for an excuse not to spend six days with their extended families.

Girls on shoulders refusing to get down 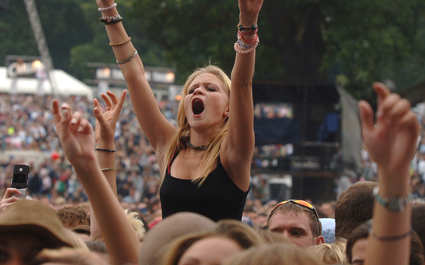 HUNDREDS of women are still being carried around on men’s shoulders after they leave music festivals.

Young attractive females who perched on shoulders during the events have decided that they want to be held aloft on a permanent basis.

23-year-old Nikki Hollis has been on the shoulders of her obedient male friend Joe Turner since last Friday.

She said: “Everyone literally looks up to you and I can even sleep if I lean forward. I kick him once to walk and twice to stop.

However girl-carrier Joe Turner said: “It hurts so much, I can’t hold out much longer. My back is soaked in sweat and urine.

“I want to put her down but I fancy her to a tragic extent, even though this sort of obedient behaviour is exactly why she’ll never go out with me.”