Any Chance You Could Do Kay Burley? Rothbury Asks Armed Police

RESIDENTS in Rothbury have asked armed police if one of them has a minute to take down Sky’s Kay Burley.

The sleepy Northumberland village has been under siege since the anchorwoman arrived yesterday morning, armed with a world-weary camera crew and a head full of her usual stupid bullshit.

Martin Bishop, a retired engineer, said: “She stopped me in the street and asked me how terrified I was on a scale from one to 14 and a half.

“When I said I wasn’t particularly bothered because the place was swarming with police and the suspect seems to be a particularly special kind of moron whose name appears to have been randomly thrown together, she immediately accused me of hiding him in my shed.

“And of course by this time I am just looking at her blankly and wishing to God that a little red dot would appear in the middle of her forehead.”

Local parish councillor, Nathan Muir, added: “She kept asking me how many times I had been to the toilet and I kept trying to catch the eye of a policeman with a large handgun and then motioning towards her with my head.”

And Emma Bradford, a housewife and mother of three, said: “Kay Burley asked me how responsible I felt – on a scale from six to 32 – for allowing this man to park his car in my community.

“When I repeatedly refused to apologise she then threatened to report me to social services and said I was obviously on heroin.

“And yet for some reason all these police insist on chasing a heavily armed killer.”

Meanwhile, earlier today, as the police continue to scour the surrounding countryside, one of the villagers sneaked up to Burley and attached a hand written note to her back which read ‘I am Raoul Moat in a bad wig’. 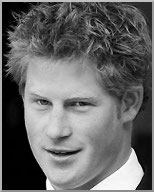 “OI you, saggy flaps!” I shouted at the trolley dolly as she walked down the aisle to serve one of my six bodyguards, “I think you’ll find that this is only a triple measure of Jack and I specifically asked for a quadruple. Be a luv and bring us the bottle.” Jesus, here I was heading to the States for the most important gig of my life only to find that Grannie’s Flight is employing hostesses from the Helen Keller School of Dozy Bloody Arseholes.

Still, I suppose visiting America is a picnic compared to my tour of duty in Afghanistan. I can tell you it was no place for faint hearts or the type of retards my gay brother hangs out with. I remember one cold night sitting in a foxhole as the bullets were flying – it was just me, three lads from the Royal Protection Branch and seven members of the SAS. And it wasn’t so much a foxhole as it was fairly large, reinforced concrete bunker. But, I can assure you, a picnic it was not.

I arrive in New York, and immediately the scumbag press make a bee-line for yours truly, so I put my baseball cap and a pair of dark glasses on and try my best to avoid them. One of them manages to corner me just as I’m about to get in the limo, so I give big Igor ( my nickname for bodyguard No.1) the nod, and he gives the snapper a crack in the windpipe. HELLO! Down he goes and I high-five with the big man and climb into the Bentley.

America, home of the fat. I’ve never seen so many chubby munters in my entire life. One old bloater offered me what she called a ‘traditional apple pie’ at a reception being held in my honour. I said thanks before looking her up and down and telling her it was a wonder it’d reached me in one piece (cue big fist-bump with Igor). After that I had to sit and listen to a choir of poor kids sing some song about peace or something – I can’t fucking remember, I was listening to the Killers on my iPod.

Why am I surrounded by morons? This afternoon, I asked Hopkins to order room service and two minutes later he pipes up that ‘they don’t do sausage and mash, sir’.  Fucking useless. “HELLO? Hello? Yes, this is Prince Harry and I want a big, fuckoff plate of sausage and mash with the sausages sticking out of the mash and I want it covered in onion gravy. Why? Because that’s how cook did it at School and I also happen to be third in line to the throne, you poxy little turd.” And with that I shot Hopkins my not-happy face and told him to make himself useful in the thousand dollar prossie department. Oh and by the way, WHERE’S MY BLOODY JACK DANIELS?