THE government has executed thousands of thickset men following an announcement that was construed as an April Fool’s Day stunt.

Appearing on the April 1 edition of BBC One’s Sunday Morning Live, prime minister David Cameron described how his deep-seated loathing of males with mesomorphic body types had escalated to the point where he simply had to have most of them killed.

Cameron said: “Whenever you’re watching the news, if there’s been a bad crime, most of the time it’s been done by someone with a neck wider than their head.

“Honestly. I’m being serious now. They’re like troglodytes or something.

“Therefore we are sending out the wagons today across the UK – soldiers with guns and dogs will be taking down the stocky. The aim is to reduce the UK’s stocky population by around 75%.”

Housewife Nikki Hollis said: “I was watching the show, tittering slightly at what I thought was Cameron’s typically half-baked stab at humour, when the doorbell rang.

“It was five men with body armour and rottweilers asking for the whereabouts of my husband Vince, who works nights as a bouncer.

“Without thinking, I said he was asleep upstairs. They immediately unleashed the dogs which bounded up to the bedroom and tore him to shreds.”

“I suppose it was all pretty ingenious.” 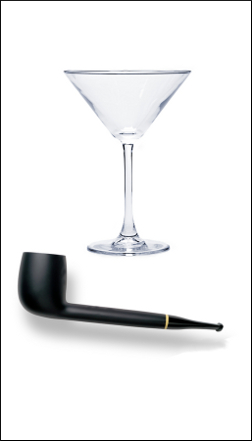 THE 30 journalists that are Mad Men’s entire UK viewership have given the rest of the population a five-day window in which to catch up.

The British Mad Men audience is a cabal of just over two dozen powerful journalists who can have anyone unable to recite Don Draper’s entire back story in reverse chronology beaten to death with a box set of The Brittas Empire.

But in a remarkable display of mercy, they have given the rest of the population until Friday to watch every episode and ask as many stupid questions as they like.

Inadequate TV viewer Wayne Hayes said: “Thank God for this opportunity to be cool. I’ve never watched Mad Men, but thanks to the endless acres of press coverage I frequently see Jon Hamm’s face superimposed over my wife’s when we make love.

“I know that it’s set in an advertising agency in the 1960s and that everyone smokes loads. And I know that there’s a woman in it who’s the same shape as a normal woman, and that’s apparently of huge significance.

“And I also know that because I don’t watch it, I am a drooling man-ape who doesn’t even deserve Holby City.”

TV critic Nathan Muir said: “If you haven’t been keeping up with Don Draper and the team at Sterling Cooper Draper Pryce, then you have completely failed to engage with the different, and yet wryly similar, zeitgeists of both now and the early 1960s.

“Mad Men is the very essence of television. It is the single most important human invention since the wheel. Sorry, I meant The Wire.”