Atheists still not that keen on Scouts

ATHEISTS are still not that keen on socialising with people who were in the Scouts, it has emerged.

As the organisation finally allowed atheists to take the Oath of Being a Scout, non-believers said there was something about former scouts that made them vaguely uneasy.

Tom Logan, an atheist indoorsman, said: “Perhaps it’s the burning desire to be led – that blind faith in all forms of authority. Maybe it’s the whole Hitler Youth thing, or just the shiny, do-goody, spotlessness of it all. I can’t quite put my finger on it.

“Or maybe it’s just the fact that they really enjoy camping which, as anyone who favours science over voodoo knows, is stupid and wrong.”

The Scouts claimed the organisation was no longer a religious militia for the under-21s, insisting it now offered badges in rationalism, intellectual independence and mushrooms.

A spokesman said: “A lot of scouts who do the mushroom badge actually become more religious.”

Helen Archer, a godless woman from Stevenage, added: “Finding out someone was in the Scouts for more than, say, a year is a bit like finding out they go to church. You’re not quite sure if it’s okay to say ‘fuck’ in front of them.

“Also, l have a deep-seated fear of the ease with which they are able to start fires.”

Israel bricking it after UK telling-off 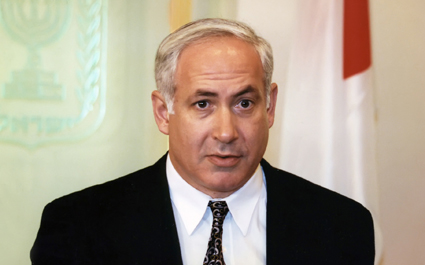 Tel Aviv is in a state of wild panic after Britain called in the Israeli ambassador for a stern talking-to.

Political experts believe that if the British government were a solely Conservative administration, Israel might just be able to tough it out on planned settlements.

Faced with the combined might of the Liberal Democrats, however, it will inevitably be forced to back down.

Benjamin Netanyahu said: “We’ll go back to pre-1967 borders. No? How about pre-1947 borders? All right, look, we’ll just go move somewhere else.

“Belgium. Yorkshire. Just please, call off your ambassador and that frowny face of his, we beg you.”