THE Audi has been voted the UK’s top car to have six inches from your rear bumper in the outside lane of the motorway.

Audis beat several other top German automotive brands in the race to be the favourite car to sodomise you even when you are doing 80 and clearly overtaking a minibus.

BMWs, which dominated the arse-bothering charts in the 1990s, came second while the seating position on the third-placed Land Rover Freelander was judged too high to properly appreciate the driver’s panic when required to brake suddenly.

“When the car behind wants you to drive faster and tells you that by increasing the chance of both your deaths by 40 per cent, Britain’s motorists want to hear that message from an Audi.”

The Citroën Berlingo came top in the van category, with more than two-thirds of those surveyed enjoying the forthright honesty of drivers who aggressively flash until you change lanes then mouth the word ‘twat’ at you.

Men to live as long as women out of spite 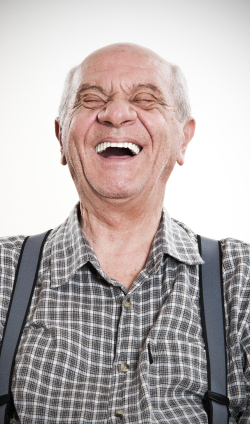 MALE and female life expectancy will even out due to man’s genetic predisposition for unbearable dickishness.

Researchers found that female DNA has traditionally given women an extra 10 years to not have an arsehole around the place, but this has slowly been eroded as the recessive male gene responsible for getting in the way has become increasingly dominant.

Male mice modified with the Obtuse213 gene were placed in a cage with a series of clones of the same female mouse and survived far past their usual lifespan of two years, with one test animal living for eight years before eventually dying two hours after the last female clone died with a look of triumph on his face.

Scientists claimed that, had they not run out of money to create more female clones, the mouse in question might essentially have achieved immortality out of sheer biological bloodymindedness.

Professor Henry Brubaker of the Institute For Studies said: “This is a hereditary Mexican standoff that could go either way, either with both sexes lasting until they’re 300 or we could eventually start dropping dead at 30 like a henpecked Logan’s Run, just to get some peace.

“We’re now looking into identifying the gene that makes people turn into pale, flabby parodies of themselves within 12 months of getting married.”

Professor Brubaker is also researching the inverse proportionality of life expectancy with a life worth living and has already found a link between surviving past 100 and being a git.

He added: “I just need to get my hands on a scraping of Prince Philip.”