ED Balls has condemned children's commissioner Dr Maggie Atkinson for using her years of professional experience in forming an opinion.

The schools secretary has called for an inquiry into how a qualified person with qualifications qualifying them to do their job could qualify their statements on matters they are qualified to comment on.

Balls said: "Responsible governance is not about taking the advice of proper experts, it's about Jamie Oliver making a nice salad or asking that large television nanny to dictate childcare policy even though she does seem to limit herself to houses with steps."

Julian Cook, professor of public policy at Reading University, said: "The public is often caught between highly trained experts who have studied a subject in depth and actually know what they are talking about and the bastard, son of a bitch whores we call politicians who spend their entire lives with the throbbing penis of the editor of the Daily Mail lodged firmly inside their filthy, lying mouths.

"It's difficult to know who to trust."

Meanwhile Dr Atkinson's statement – that children are qualitatively different from adults and should perhaps be treated as such – was condemned by members of the public who did not understand most of the words in it.

Nikki Hollis, a female thing from Carlisle, said: "This woman is basically saying that all children under 12 who are possessed by the devil should be given a loaded machine gun.

"If I see her round here I'll set my evil dog on her."

Jackson Estate Won't Spend It All On Giraffes This Time 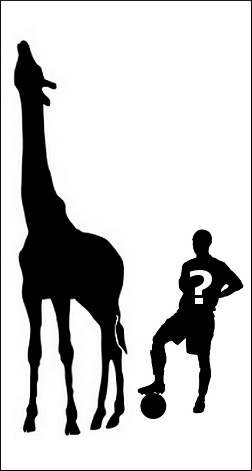 THE estate of Michael Jackson has signed a record breaking contract and vowed not to spend it all on funfairs, hush money and giraffes.

The £133m deal with Sony Music will involve 10 new ways of re-releasing the same songs and eight brand new albums of never-before heard versions of the same songs.

Nathan Muir, a lawyer for the Jackson estate, said: "It seems millions of people around the world really did like Michael's talent, but disliked other things about him such as his breathing and his heartbeat."

Muir admitted it was ironic the superstar would be making more money than ever, but stressed a dead Michael Jackson was much cheaper to maintain than a live one.

"Many people were amazed that Michael had run out of money, but rollercoasters and talkative little boys with the tell-tale whiff of sherry on their breath do cost an absolute fortune.

"And of course giraffes are the most expensive animal you can keep as a pet. Especially if you like to dress them up in eight foot long silk stockings and tailor-made, cashmere snoods."

"And if there's enough left then maybe one suit of armour for one medium-sized giraffe."