THE horrific, soul-destroying journey you make every morning to the job that makes you want to die will soon cost a record breaking amount of money.

Something called the AA said that by the end of the week the price of turning the only life you have into an empty, meaningless process of breathing in and out, interspersed with the joyless consumption of shaped meat will reach a new high of £1.20 a litre.

The AA said you would be angry about it because the price of the thing they use to make the stuff that goes into the machine you use to get to the place you hate had gone down, in what you described as a spectacular example of completely missing the point.

Tom Logan, who endures roughly 220 minutes of hell a day between Grantham and Peterborough so that he can do something that does not involve music or art or spaceships, said: "What do I care about the price of the thing they use to make the stuff?

"I don't want to be here. Do you understand that? If the price of the thing was linked to the price of the stuff would I be able to spend all day designing spaceships, playing the bongos and baking lovely pies in the comfort of my own shed? I suspected as much.

"So instead of spaceships and bongos and pies I'll be spending slightly longer at my desk so that I can continue to afford the journey to get to my desk.

"You see, on the one hand you're asking me whether something must be done about the price of the thing in relation to the price of the stuff and on the other hand I'm saying that everything about the way we live our lives is completely and utterly wrong in every conceivable way."

He added: "I'm not even sure what I do here. I think it might be something to do with mobile phone tariffs." 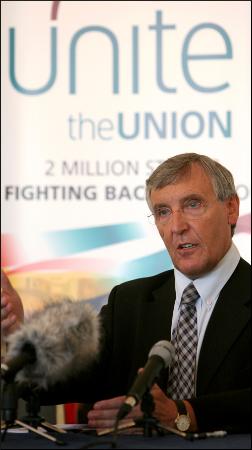