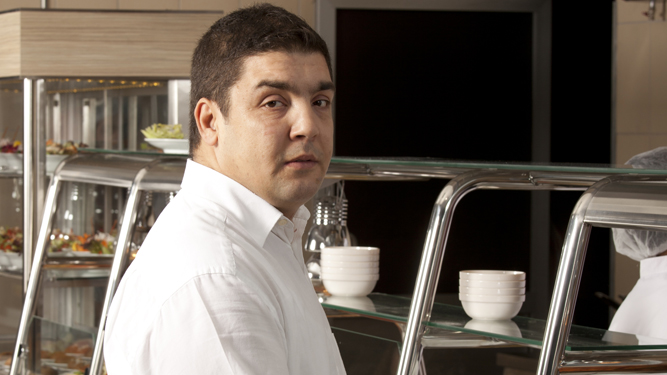 A MAN queuing at a cafe has realised too late that it only sells vegan things which taste unpleasant.

Tom Logan entered the Willow Tree in Bristol hoping to buy a cheese and pickle bap and a large piece of chocolate cake, not realising that the establishment forgoes meat, dairy, and all things that bring joy.

However the earthy, bleak nature of the produce did not dawn on him until he was already being served.

Logan said: “A cold feeling crept over me as the counter assistant explained that they use something called Cheddarise Dairy Alternative Paste.

“Apparently it’s delicious. It doesn’t look delicious though. It likes like an abomination and if it could talk I’m fairly sure it would beg me to kill it.”

Logan then asked about cakes: “To her credit, the woman explained that all the vegan cakes are not very nice and I would be better off at Greggs.”

He added: “I bought a wrap full of bean mulch and salad leaves, it actually tasted fine although it looked very much like something a kestrel might line its nest with.” 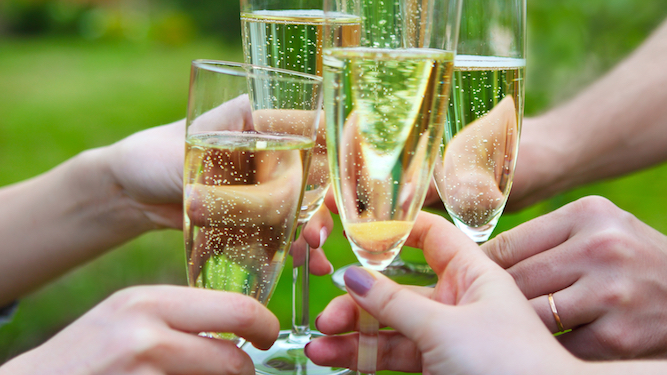 A GROUP of Prosecco drinkers and a group of Frosty Jack drinkers have deeply resented each others’ presence in a public park.

The drinkers, despite having no other plan for the day but to get hammered outside, are each convinced of their own superiority.

PR consultant Francesca Johnson said: “Look at them, with their dogs and their smelly clothes and their plastic bottles of cider.

“We’re just trying to have a lovely time, which is why we brought a small hamper of food and 12 litres of Prosecco between six of us.”

Meanwhile, Frosty Jack devotee Stephen Malley said: “Look at them, with their blanket and their Bluetooth speaker and their Serrano ham.

“We’re just trying to enjoy a few Jacks with the lads in our usual spot and these ponces swan in with their bottles of fizzy piss.”

By early evening, after drinking a combined 387 units of alcohol, both groups had concluded separately that Britain is in terminal decline and Feel it Still by Portugal. The Man was the song of the summer.