A NIGHT of board gaming exposed to friends to how weird and, ultimately, how unpleasant they all actually are.

The five friends chose a night of good, clean competitive fun instead of the pub but then spent the evening facing uncomfortable truths and angry recriminations.

Nikki Hollis said: “I knew Dan was an overly competitive prick, but I didn’t realise he was a cheat. Come on. No way has he heard of Frieda Kahlo.

“And Trivial Pursuit was a bad choice for Maria right now. But how were we to know her last boyfriend dumped her because she thought the moon was the sun at night?

“Pictionary totally gave away that Sean and Carol are shagging, and Monopoly is always a bad idea but in this political climate? Yeesh.

“Okay, I shouldn’t have punched Dan for being an ‘bullshit libertarian arsehole’ but come on. I was pushed to the limit.” 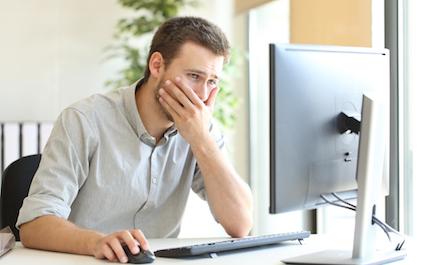 A PSYCHOPATHIC monster has sent an email to a co-worker without expressing hope for their well-being.

Account manager Julian Cook was visibly shaken to receive the message, which displayed a callous indifference to his physical and mental health.

He said: “You never imagine you’ll get to see the darkest recesses of the human soul, but today I witnessed pure evil.

“After a cursory ‘Hi Tom’ the email was straight to business. No interest in my welfare. There could be no clearer signal that he despises me and wishes me dead.

“I wish he’d just had the decency and honesty to start his email, ‘Hi Tom, I’m fantasising about your fiery demise, but I’m obliged to contact you about the Anderson account.’”

However, email sender Wayne Hayes replied: “He started it.

“My last email from him ended ‘Regards’. Not ‘Warmest regards’. He may as well have driven over here and punched me in the face.”