BOLLOCKS has replaced English as the UK’s mostly commonly spoken language, it has emerged.

The Institute for Studies found that most Britons were fluent speakers of bollocks, and could talk bollocks on almost any subject without the need for facts or logic.

Professor Henry Brubaker said: “For example, in English we might say ‘The cat sat on the mat’, whereas if we’re talking bollocks we say: ‘Did you know cats are descended from velociraptors? That’s why they’ve got claws.’

“Some subjects are more conducive to bollocks than others, for example football.

“An accomplished bollocks-speaker can leave the listener wondering why they aren’t managing an international club instead of sitting by a fruit machine in urine-stained trousers.”

Middle manager Nikki Hollis said: “A sound grasp of bollocks is a job requirement for me. How else would I be able to action a paradigm shift in our company’s strategic vision?”

Historians believe that bollocks was first spoken in 1649, originating from a group of rural freeloaders called the Blaggers.

In 1666 their leader Tom ‘I’m Taller Than I Am’ Logan wrote the first bollocks book I Punched A Bear And It Didn’t Even Do Anything.

Broadband customers to pay 'up to' 100% of their bill 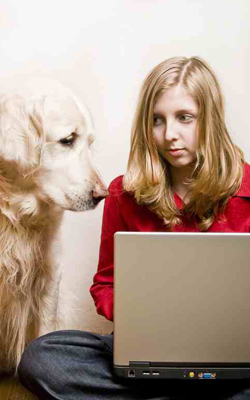 FRUSTRATED broadband customers have decided to pay ‘up to’ all of their bill.

As it emerged that you have to get up at 4am to watch Breaking Bad on Netflix without it buffering all the fucking time, consumers decided enough was enough.

Father-of-two Tom Logan said: “My internet connection is like an elderly man with prostate problems trying to urinate.

“I understood that I may not have got the absolute maximum broadband speed when I signed up, however I would still quite like it to fucking work.

“So I’ve decided that it’s fine to pay a monthly sum of money that is virtually nothing compared with what I originally offered to pay.

“If my service provider complains, they’ll be able to find my contact number on my website, hidden right down the bottom of the fucking page in a tiny font.

“Then I’ll keep them on hold for an hour, playing Doctor Alban at deafening volume, before politely telling them that they don’t matter.”

Broadband provider CEO Julian Cook said: “I suppose this is what my Mumbai call centre operatives would describe as ‘karma’.”