Researchers have identified clusters of gayness around well-stocked school libraries and quaint market towns with independent bookshops run by two middle-aged men who live together.

According to latest figures only 40% of UK children live in households with 10 books or fewer, including instruction manuals and catalogues for replica samurai swords.

Now all parents are being urged to slash their book numbers in a bid to avoid an upsurge in the most dangerous forms of poovery.

Illiteracy campaigner, Bill McKay, said: “Parents need to be made more awarerer of the bad effects of reading.

“When you think about it, the crease between the pages of a book looks like a man’s arse cleft. If you squint, the words even look a bit like hairs.

“So letting your kids read books is like encouraging them to stare for hours at a bloke’s crack, which is enough to make Jason Statham put himself up Danny Dyer.”

He added: “Also, some books are very hard to read and hard things aren’t fair. I don’t see that there’s anything my kids need to know about life that they can’t learn from Metal Gear Solid.”

John Steinbeck’s Of Mice and Men was recently removed from school syllabuses after it was discovered to be a predatory homosexual.

Parent Emma Bradford said: “It’s about these two blokes in dungarees that go around together, like a couple.

“I haven’t properly read it but apparently they take it up the rear in exchange for something called ‘grits’.

People reading drug report double check they are not on drugs 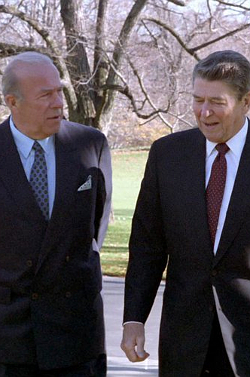 A NEW high-level report on drug policy makes so much sense that people reading it have had to double check they are not off their tits.

The report, produced by a panel of international statesmen who probably do not own one of those really, really big bongs, said the war on drugs is unwinnable and calls for all the things that experts who know exactly what they are talking about have been saying for years.

And, just so you know you are not toasted like a crumpet, that was ‘former US secretary of state, George Shultz’.

Meanwhile, experts immediately pointed out that it was not Pete Doherty, Joan Baez or someone called ‘Cheech’.

“Hang on, let me read it again.

After being examined by a doctor who confirmed the home secretary was not freaking like a monkey, May put the report in the bin, set fire to the room the bin was in and then bulldozed the street the room was in.

Professor Henry Brubaker, of the Institute for Studies said: “George Shultz was one of Ronald Reagan’s closest friends. He wasn’t exactly baked out of his Christian conservative skull when Reagan was bombing Libya.

“He is also 90 and does not have a suspiciously large number of heat lamps in his attic.”

Nevertheless the report was immediately dismissed as ‘naive’ by some 14 year-old Oxfordshire ponce who has been prime minister of Britain for about 20 minutes.

Julian Cook, who has now read the report three times while walking up and down in a straight line, said: “I had to be really sure because I once read an official report on drug policy that was totally sensible but the next morning I realised I had actually been reading the back of a large box of Frosties. Upside down.

“I still think that crazy tiger should be King of the World.”