Boris Johnson set for US presidency

NEWLY-EMERGED presidential candidate Boris Johnson has surged ahead in US opinion polls, and should soon be running the world.

Johnson shocked the world by announcing his intention to run on last night’s Letterman Show, when he crashed onto the set riding a penny farthing.

After colliding his outlandish bike into the host’s desk and ending up dangling slapstick-style from a lighting rig, Boris announced: “I’d be quite up for a crack at this president thing, sounds like a wheeze.

“I’d have to watch the old red button though, if I put my cup of tea on it we’d all go boom!”

The power of Johnson’s bumbling charm is such that all election rules have been waived to permit the London’s mayor’s presidential candidacy. Boris is standing as an independent candidate with no policies other than to have a smashing time.

Less than 12 hours after entering American politics, he has a 94% poll lead.

US voter Tom Logan said: “He’s like a cross between Hugh Grant and an albino polar bear. Also he lives in Downton Abbey, it’s almost too amazing.”

Former Republican Emma Bradford said: “What this country badly needs is croquet, and to become like an imaginary version of pre-war England. And although I’m not 100% sure what Boris’s vision is, I’m fairly sure it’s along those lines.”

Meanwhile Obama looks increasingly like a man who just wants to pack it all in and start a provincial cake shop, while the Republicans have alienated most of humanity by focusing on the somewhat niche ‘rapist vote’. 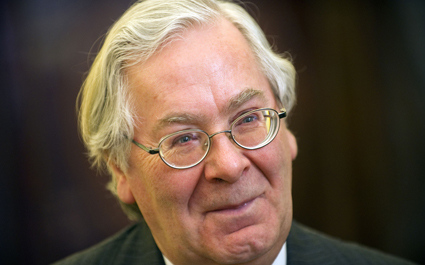 THE ritual sacrifice of 23 virgins to the evil Old Gods controlling the economy has ended the UK recession.

King personally slew the virgins at a ceremony in a Somerset long barrow.

As the last drop of blood drained into a goblet, the sky turned purple and it began to rain money.