Boss thinks it's probably time to bollock everyone

SENIOR manager Tom Booker is going to shout at his team because he feels obliged to bollock them regularly.

Electronics component company boss Booker admitted that today’s bollocking would be more about the need to assert himself than his team’s performance.

He said: “Every few months I have to get everyone in a room and tell them that things in general aren’t fucking good enough, even if things are fine.

“I secretly operate a quota system of six bollockings a year. You always want the last bollocking to be relatively fresh in their minds, without it being so often that people are going off with stress.”

Booker said the today’s bollocking was going to be a particularly stern one, despite his workers’ performance being pretty much the same as always.

“I’ll definitely mention people taking overly-long lunch breaks, because there is probably some truth in that.

“Then I’ll riff on ”falling standards’, toss in some hints of redundancies before signing off with ‘I’m getting a lot of shit from the top’ to create some vague empathy.

“Everyone will go back to their work stations in silence and dick around slightly less than normal for a few days because they are scared.”

“Even though my bollockings are unconnected to actual fuck ups, they always sound convincing because I hate looking at their stupid gormless faces.

“That’s the key to being a boss, to have an innate dislike of your staff or as I call it ‘ambient contempt’.”

Punk not as important as former punk thinks 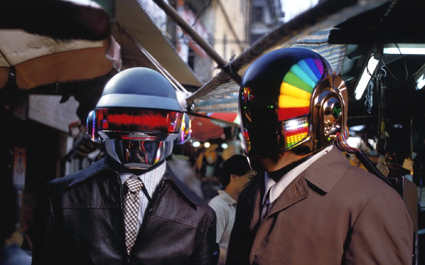 PUNK was far less important than ex-punk Tom Logan likes to think, it has emerged.

Historians have taken issue with claims made in the autobiography of former Septic Nipples drummer Logan, which include the assertion that punk “changed everything”.

History professor Mary Fisher said: “Clearly many areas of life were not affected by punk. The car industry, for example, did not start making Allegros covered in spit with an anarchy symbol Tippexed on the side.

“Mr Logan – or Johnny Piss, as he was known then – believes punk had some political significance. But it was followed by Thatcherism, which was all about buying your own house and making it look nice, which isn’t very punk.

“It’s also possible that if punk had not existed, grunge would have been invented sooner and we could have just listened to Nirvana and not pretended to like the Slits.”

However Logan defended the importance of punk, saying that without it he would not have a vast stock of underwhelming anecdotes.

Logan said: “I was at a party with Johnny Thunders and the Pistols at Siouxie Sioux’s house, and the Damned turned up without any booze, so Siouxie told them to fuck off and get some from the off licence, and some crisps.

“All that craziness was a long time ago though. Today I’m an IT consultant with a wife and two kids living in a semi in Leeds.

“But there’s no way that could have happened if it hadn’t been for punk.”