PLANS for Brexit have been put on hold after everyone involved realised that borders are a meaningless concept that exists only in our minds.

Brexit secretary David Davis said: “This is all one planet and we are all one people.

“Let’s feed the hungry, help the poor wherever they come from and damn the economy because that’s a man-made construct as well.”

EU negotiator Michel Barnier said: “I agree with my friend and brother, David Davis, forget the economic structures that we have placed upon ourselves and the invisible lines that we say define countries.

“We will do away with flags, anthems and national identity and live now and always as one human race.”

The speech was met with rapturous applause whilst both men stood hand in hand and began to sing the Woody Guthrie song This Land is My Land, This Land is Your Land.

However journalist Nikki Hollis said: “I heard someone tipped a wrap of MDMA into their coffee today.

“Give them a couple of hours and they’ll be back to squabbling over the imaginary line that we say divides Ireland into two countries.” 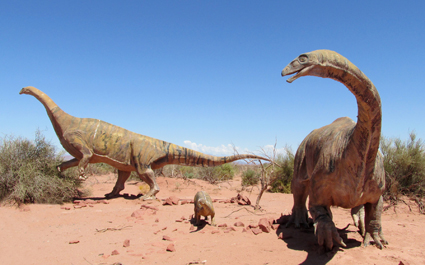 DAVID Davis has told MPs that dinosaurs did not demand an impact assessment for the meteor that wiped them out.

The Brexit secretary admitted to a Commons select committee that there were no impact assessments for leaving the EU because nothing could be more pathetically pointless.

He continued: “Imagine it. Velociraptors scurrying around collating data for a nervous middle-management brachiosaur who, instead of enjoying a last few leaves, is worrying about his deadline.

“Tyrannosaurs holding stapled reports in their tiny arms, asking each about projected figures while a new star lights the sky. Stegosaurs moaning about redacted details. What a waste of time.

“Instead of fussing about how many will die, whether it could have been prevented, or whose fault it is, let’s enjoy the time we still have.

“Life finds a way. Something will survive. And perhaps in millions of years it will discover our fossilised remains and commission impact assessments into our extinction.

“Then, and only then, will we know the true impact of Brexit. Until then, let’s get on with delivering it.”