Don’t go f**king up our Christmas with your bullshit, Britain warns Tories

THE British public has told the Conservative party not to dick them about with a leadership contest, election or some other bullshit when it is nearly Christmas.

Crumbling Brexit negotiations are being monitored with alarm by the country, who agree the last thing they need is more bloody politics while they are trying to enjoy themselves.

Stephen Malley, from Reading, said: “May, Gove, Johnson, whoever the fuck else – leave it. I don’t give a shit about your red lines. Not one word until January.

“I’ve got mulled wine in the kitchen, I’ve got Bailey’s in the garage, and the last thing I need is to hear we’ve suddenly got no prime minister just as I’m biting into a mince pie.

Joanna Kramer, from Stevenage, added: “The only prime minister I want to know about in December is Hugh Grant, in Love Actually.

“The rest of you, shut it. Or I swear I will vote fucking Labour.” 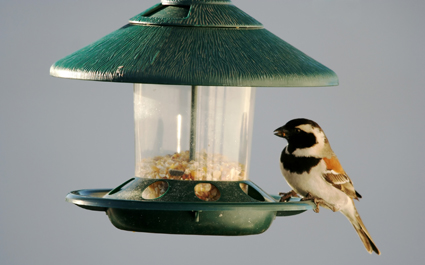 BIG birds have hit out at the ‘blatant discrimination’ of bird feeders designed only to be used by smaller species.

Larger birds are outraged at devices designed to stop them feeding and believe they would have a clear-cut legal case if there were such things as bird lawyers.

Magpie Roy Hobbs said: “I flew to one of the gardens where I like to eat but they’d replaced the bird table with some contraption that was too small for me to perch on.

“As a result I was denied my usual delicious meal of dry seeds and cold bacon rind.

“If a restaurant refused to serve big people you’d sue them, although it might weaken your case if you’d previously been headbutting the other customers and eating their meals.”

“If we were human Trevor Phillips would be on the case and they’d be setting up the Equal Feeding Commission, but sadly it seems garden birds are second-class citizens.”

Bradford later located a garden with no feeding restrictions where she stamped on a wren, ate all the nuts and left a massive liquid shit on a car.