SCOTTISH Conservative leader Ruth Davidson has been ordered to drop her radical position of relative sanity and join her fellow Tories in madness.

The Edinburgh Central MSP has been criticised for tacitly suggesting the UK should stay in the customs union, a policy considered far too rational by Westminster.

Julian Cook, member for Brigg and Goole, said: “Bad enough she picked up seats in the election last year, a shameful break with party orthodoxy.

“But now, at a crucial time for Britain, she’s coming out with the kind of practical, workable solutions the rest of us have long since discarded for a phantasmagorical wonderland of lunacy.

“Negotiations are on a knife-edge. We need absolutely every Tory on-side promising a fantastical future of unbridled nationalist utopia. Even a trace of reality could destroy the entire thing.”

Davidson said: “The voices whispering in my head, telling me compromise is possible, telling me to be realistic; they are the false ones. I understand now.

“The world is a lie. Only Brexit is real.”

Are you better than your neighbours? 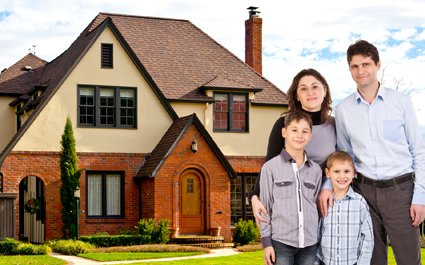 IT’S a question every Briton has asked themselves – am I superior to those bastards next door? Take our test and find out.

How would you describe your neighbours’ garden?

1. Fairly average with a greenhouse and some ornaments.
2. Complete shite compared to mine with its pagoda-style gazebo, split-level pond with mini-waterfall and bespoke triple-creosoted cedar ‘outdoor storage unit’ featuring double doors for improved bike access.

What sort of car do your neighbours have?

1. A typical family saloon.
2. Some pathetic Renault hatchback that looks like it could barely overtake a mobility scooter, unlike my mighty Ford Focus ‘Zetec Edition’ which is obviously in a totally different class.

How successful are your neighbours’ children?

1. I think one of them is an accountant.
2. One collects trolleys at Asda and the other owned a computer shop that went bankrupt. Their failure gives me a warm glow of pride when I think about my own kids, who are all estate agents.

When you surreptitiously peer into your neighbours’ living room in the evening before they close the curtains, what are they doing?

1. Watching BBC news or The Blue Planet.
2. Being too poor and behind the curve to enjoy season 23 of a fantastic Netflix show like L is for Lesbian Undead.

Mostly As. Disaster! Your neighbours might be doing slightly better than you. Go and buy something expensive to establish your superiority, like one of those massive camper vans with a little car attached to the back.

Mostly Bs. Congratulations! You are much better than those pathetic tossers next door. Stand in the front garden and treat yourself to a well-deserved sneer, while hosing your lawn like a dog marking its territory.