BRITISH workers could enjoy six days off per week if they could manage a single day of uninterrupted work, it has been claimed.

Researchers have cast the spotlight on why Britons now spend more time at work than before ‘technology’ was even a word.

Dr Julian Cook said: “If UK drones could manage a single day without drinking loads of tea, slagging off whoever isn’t in the room and trying to shag each other, they could take the remaining six off and productivity would still be up by 15%.

“Because computers, if used for their intended purpose, are much quicker than the quills everyone was using when the working week was invented.

“One of the biggest wastes of time is everybody talking about how hard they work. The average UK worker spends two hours per day telling their colleagues how much pressure they’re under in a ‘sad voice’ while intermittently sighing.

“It’s all about work/life balance, specifically stopping balancing your work and life while at work.”

IT co-ordinator Tom Booker said: “It’s interesting because although I go to an office I’ve never really thought about it as a place of work. It’s more of a drop-in centre.”

Two beers is the new sober 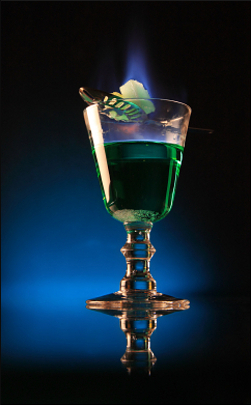 THE standard level of sobriety is to be upgraded to two medium-strength beers, or a large glass of wine.

Following an increase in life awfulness, adults will now be allowed to get a couple of cheeky drinks under their belt before they are expected to deal with anything.

Professor Henry Brubaker, of the Institute for Studies, said: “There is an alcohol bell curve for coping with family life, social occasions and work related tasks such as team meetings and bomb disposal.

“Actual, teetotal sobriety will be treated as a mental illness, like depression or being a Methodist, and we should pity those who choose not to drink rather than view them as empty, joyless freaks.”

Police will now use stop and search powers to ensure everyone is nicely buzzed and anybody with a dangerously low blood-alcohol level will be tasered.

Total sobriety was the standard from the Iron Age until 1914, when troops found that alcohol made it easier to cope with being blown up in a ditch because of a boundary dispute between some in-breds.

This level was maintained until yesterday when the government decided to increase defence spending rather than let you keep your money so you could spend it on electricity.

Professor Brubaker added: “From now on alcoholics will be called ‘the aggressively sane’.”