A GROWING number of intelligent people have been expelled from the UK for smelling weird and preferring maths to telly.

The move to deport ‘clevers’, also known as ‘wordles’, ‘thinkies’ and ‘bookpoofs’, is the boldest step yet in the government’s five-year plan to rid the country of anyone who dislikes the footie and reads for personal fulfilment.

A government spokesman said: “No one in modern Britain likes a smart arse. We hated them at school and we hate them even more now.

“Our initial anti-thinky plan to force them overseas by cutting all money to science and other totally yawnsome stuff was nowhere near radical enough.”

He added: “Britain has simply evolved to a point where they are no longer needed. They just make everyone else feel bad, with their rubbish clothes and their words with lots of syllabubs. Syllabalells. Sybels.

“Whatever, who gives a fuck?”

Tom Logan, who is working in a phone shop while waiting to become famous, said: “My only problem with clever people is that they think they’re better than us, just because they aren’t frequently covered in puke outside a Wetherspoons.” 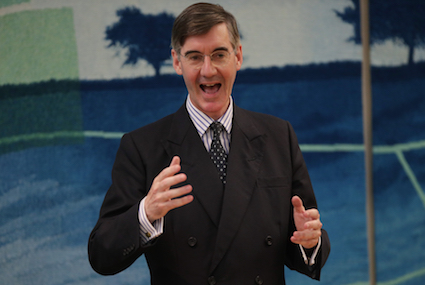 THE new Mary Poppins film is to focus on the magical nanny’s later career of dealing out sexual discipline to Jacob Rees-Mogg.

The source addded: “Mary is blown in by the East Wind when Rees-Mogg is searching for a sexual liasion that really makes him feel like a loathsome worm, and beats him with a selection of items you’d never guess would all fit into one carpet bag.

“She dances around Trafalgar Square singing ‘Feed the poor, tuppence a bag,’ giving the Tories the idea for ‘austerity, a silly made-up word that means whatever you want it to!’.

“Then she transports George Osborne into a magical cartoon world where the unwaged can survive simply on charity, before putting him in bridle and harness and riding him to victory in the Gran National.”