Britons could be forced to stop beating each other up

A CRISIS in A & E means Britons may be forced to reconsider whether they can have a fight this weekend.

Hospital resources are stretched to breaking point, with some doctors pointing the finger at the British obsession with hitting each other really hard for no reason.

Doctor Julian Cook said: “It’s a bitter pill to swallow, but maybe we need to stop constantly trying to kill one another.”

Health officials are launching a Think Before You Punch campaign, encouraging the public to question whether their fight is really necessary.

38-year-old office administrator Nikki Hollis said: “The thought of hitting someone outside a pub is what keeps me going through the week.

“The government needs to divert money away pointless things like education because I can’t go to work on Monday with untreated broken knuckles.

“I wouldn’t be able to type and that would affect the economy.”

She added: “I think people who get injured in accidents should be the ones going without medical attention. If you patch them up, it just encourages them to keep being clumsy.”

Plumber Tom Logan said: “Maybe it’s a wake-up call. I’m actually tired of fighting every Saturday night but do it from a grudging sense of obligation.

“If there weren’t any doctors to put my face back together I might do something else instead, like table tennis or pan-Asian cookery.”

All TV ads to be 'phases of life' montage 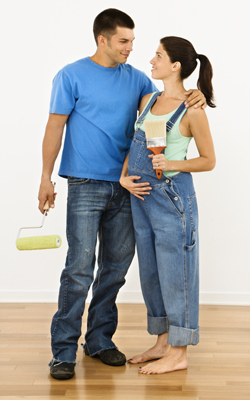 TELEVISION adverts must show a couple getting together, having kids and then sending their kids to university, according to new guidelines.

The Advertising Standards Authority ruled that all television adverts must be based on a nauseatingly sentimental ‘phases of life’ sequence, otherwise viewers risk not feeling fully patronised.

A spokesman said: “We must see a couple meeting, getting married, the woman up the spout, the couple looking knackered because of the baby, then some bullshit where the now-teenage daughter has been dumped and the dad is consoling her.

“Or any variation on that. Maybe the same thing but set in the 60s, or bring in a grandad, whatever.”

Psychologist Nikki Hollis said: “Advertising thrives on paranoia so laying down a firm template for the correct life is a great way to get the masses terrified by their own inadequacy.

“Then they will rush to buy sofas and insurance in the vain hope of making it right. Which won’t work.”

Advertising executive Stephen Malley said: “How about a shot where a man and a pregnant woman are decorating a house, followed by the same actors with grey hair packing their now-teenage daughter off to college in a suspiciously shiny hatchback car?

“I am a Godlike fucking genius!”