THOUSANDS of Britons are relieved that they didn’t discard their home-made banners after the last bout of paedophile hysteria.

Mother-of-two Emma Bradford said: “In the early 2000s we got through a whole pack of Stabilo Boss pens writing ‘Burn All Pedlos’ in three foot-high letters on a tablecloth.

“It seemed extravagant at the time, and pretty much meant I could never again use that tablecloth for family meals.

“My sister said to chuck it out, you’ll never be in another angry mob, but I disagreed.

“She laughed at the time but she’s not laughing now.” 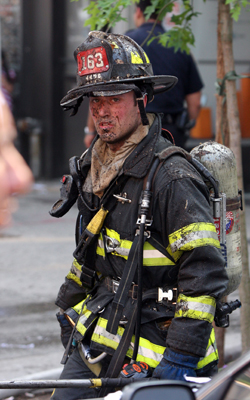 THE devastation caused by Hurricane Sandy can only be fixed with a new wave of unregulated investment banking, Mitt Romney has claimed.

The Republican candidate said there was no need for the New York Fire Department to deal with the large crane arm dangling over Manhattan as it could be placed gently onto a huge pile of money made by Goldman Sachs.

He added: “You then lower it gradually to the ground by removing money at the bottom of the pile and paying it out as bonuses. Voila!”

Romney also claimed the most effective way to deal with a 13-foot wall of sea water is a complex system of credit default swaps.

“You line them up along the shore and as soon as the waves hit their yield increases by 14%. Surge!”

He revealed that if he was still running Bain Capital he would be eagerly buying up thousands of flooded homes at rock bottom prices before renting them out to their previous owners on a rolling, one-month lease.

“It’s good for shareholders and it’s good for the former homeowners who now have a great incentive to work a lot harder. Especially if they don’t want me coming round everyday to tell them about Joseph Smith and his Magic Hat.”

And Romney insisted that in his America hedge funds would already be trading ‘futures’ in the thousands of fallen trees that litter New York and New Jersey.

He said: “President Obama wants to interfere with those trees. He simply doesn’t understand that the best thing you can do with a fallen tree is to give it the freedom to stay exactly where it is.”