EVERYONE has returned to work after learning that the system is a giant conspiracy designed to ruin their lives.

After the latest example of cheating and lying by the people who tell them to knuckle down and accept cuts, Britons said they had better get to the office.

Sales administrator Tom Logan said: “I can’t think about it too much now because I have to get on an overcrowded, filthy underground train to the job that I hate, so that I can continue to earn just enough money – after the tax has been taken out at source – to pay my rent.

“This morning is particularly important because the company hasn’t been making enough profit for the shareholders, several of whom are already billionaires, so we are all going to get a massive bollocking and told we have to do longer hours.

“It’s a bit of a nightmare really, it’s lucky they don’t keep moving the retirement age back while claiming that the country is running out of cash.

Meanwhile the government confirmed that returning to work was exactly the right thing to do, and that if you kept refusing to do so eventually the police will hit you with truncheons.

IDS to experiment with other human emotions 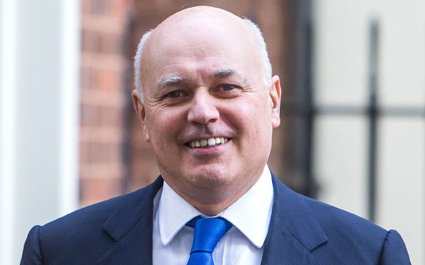 AFTER successfully crying over a sad thing, Iain Duncan Smith has announced plans to try other human emotions.

The former DWP minister became visibly upset while describing the plight of a single mum on benefits, and is now curious about feelings such as joy, humour and love.

Duncan Smith said: “I went on the internet and made a list of all the emotions. I’m giving them all a go, even the ones that seem to have no purpose, like kindness.

“Joy’s a bastard to get the hang of. I tried listening to the innocent laughter of children in a playground but I just got angry thinking about why they didn’t have full time jobs.

“Love’s next on the list. I’d always seen marriage as a mutually tax-efficient situation between two individuals of a similar class background, but lately I’ve started doing romantic things like flicking my wife’s ear while she’s watching TV.

“I was struggling with humour but then I realised it’s subjective. Some people like gentle humour like Last of the Summer Wine, and some of us prefer shark attacks on YouTube.”