SOME neighbours have fallen out because they are petty, hostile morons who are just as bad as each other.

Norwich-based Tom Logan, and his neighbour Stephen Malley began arguing about a caravan that that was technically impinging on Logan’s front garden by some four inches.

Stocky 73-year-old curmudgeon Logan said: “It was on my land, so the logical first step was to let down his tyres and write ‘knobhead’ in the dust on it.”

Malley said: “He let down my tyres and wrote ‘knobhead’ on my caravan, so I put a house brick through his back window. What else was I supposed to do?”

Logan, who thinks he knows about psychological warfare because he was in the TA for a fortnight, added: “He put a house brick through my back window so I put a dog turd through his letterbox.

“He’ll probably accept that he’s beaten and everything will go back to normal, but with me as the dominant neighbour. We’ll see.”

Local resident Mary Fisher said: “It’s like watching a game of chess, if chess was a game for pointlessly antagonistic dimwits hell-bent on mutual destruction.”

Archers writers encouraged to kill them all 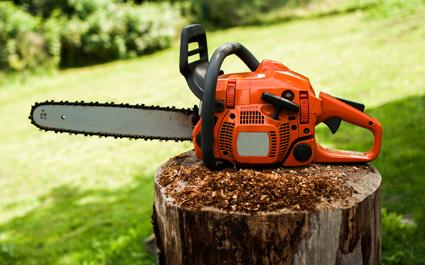 Jane Thompson, from Aldershot, said: “I find them all annoying, so Helen should take out Shula next, using a bow and arrow in a clever pun on the show’s title, or maybe Ursula could pipe bomb Willow Farm in revenge for Rob.

“Then Rex and Toby could fight each other to the death with chainsaws. Toby would finish the duel by belting Rex senseless with his own severed arm then feeding him to the pigs.”

Julian Cook, professor of radio at Reading University, said: “Not many people know that The Archers started off as a public information programme to teach rural people about hand-to-hand combat in case of a Soviet invasion.”