Britons planning what to do with extra second

EXCITED Britons are deciding how they will spend the extra second of ‘leap’ time in 2015.

Most people have plans for the extra second, whether it is glancing at something, cleaning a fingernail or catching up on a second’s-worth of work.

“Obviously there isn’t time to actually go there so I’ll very quickly imagine an airport, the Vatican and eating spaghetti.”

Secretary Emma Bradford said: “I’ve booked a second off work for some ‘me time’, by which I mean having a slug of white wine and a single self-loathing thought at my desk.” 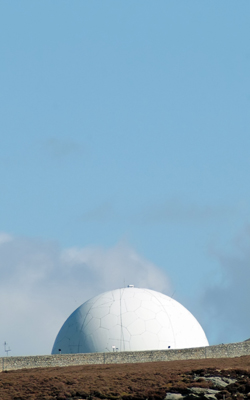 AMERICAN soccer club LA Galaxy is to create a $12 million Scouse-o-dome in the heart of California to make Steven Gerrard feel at home.

Woolybacks will be distributed around its edge

Among the attractions of the simulated city on the edge of LA will be a specially dug River Mersey using water imported from the actual Mersey and a Brookside-style cul-de-sac.

Further features will include a Tom O Connor theme park, a golf course exclusively occupied by Jimmy Tarbuck and Stan Boardman and a holographic image of Bill Shanklys head shining like the sun.

Half of the houses in the Scouse-O-Dome will be painted red, the other half blue in keeping with Gerrards home town.

The ex-Liverpool Captain will be housed in a magnificently cosy two-up, two-down terraced house with a flat-screen TV broadcasting old episodes of Bread on a permanent loop.

Gerrard can also expect to be surprised regularly by Cilla Black and to encounter comedians on every street corner, and will be further entertained by Beatles Paul McCartney and Ringo Starr jamming nightly at a specially constructed beat Club.

A spokesman for LA Galaxy said, We have high hopes that Steven Gerrard will spend two years with us scoring roughly five goals in a mildly anticlimactic end to a distinguished career.