Carveries recognised as a religion

‘GOING to the carvery’ is now the UK’s biggest belief system.

Britain’s devotion to queueing for roast meats has been rewarded with the legal status of a religion.

Father-of-two Roy Hobbs said: “I’ve block-booked a table of five for the next 80 years. It will eventually be passed on to my eldest son.

“I live for Sundays. The ‘sun’ of course refers to the glowing heat lamp benevolently warming the massive Yorkshire puddings and gleaming lakes of gravy.”

He added: “There’s a perception that carveries are mainly for white working class males, but anyone who can hold a plate is welcome to join us.”

But Hobbs’s wife Emma said: “Carveries are full of greedy bastards who spill peas on the floor during their feeding frenzy, then trample them into the carpet.

“I want to go to a proper restaurant, where reasonably-sized portions of food are simply brought to your table.” 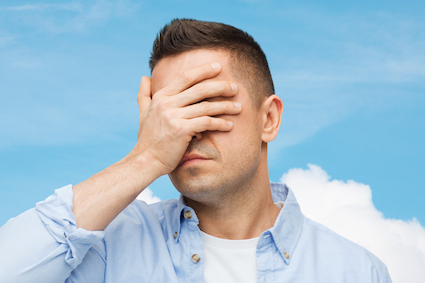 A GAY Irish man who can now legally wed his partner is desperate not to.

After Saturday’s referendum in favour of gay marriage, 31 year-old Stephen Malley can no longer use Ireland’s institutionalised homophobia as an excuse not to marry his partner of seven years, Tom Logan.

Malley, a software engineer from Dublin, said: “This is a great result for equality and a terrible result for me personally.

“I love Tom, but I want to focus on my career right now, and deep down I’m think the idea of a ‘soulmate’ is kind of idiotic.

“And we bought a Magimix together. That was a huge step.”

Malley said he may move ‘somewhere less liberal and annoying, like Russia, Jamaica, or pretty much anywhere in Africa’.

He added that if the worst happened at least divorce has been legal in Ireland since 1996.