CHILD benefit will only be given to families whose children resemble the 1950s youngsters in Ladybird books.

The government is to save money by limiting the payments to obedient, traditionally dressed children from an idealised past.

Welfare secretary Iain Duncan Smith said: “Boys must wear shorts and a tank top and spend much of their spare time making models of HMS Victory.

“Girls must wear a pretty frock and ribbons in their hair. They must produce evidence that they regularly help their mother bake delicious cakes. If the cakes are not delicious, payments will be stopped.

“Children must know how to build a wigwam or crochet a cover for the radio. If the wigwam collapses or the radio is insufficiently covered, payments will be stopped.”

Parent Donna Sheridan said: “My daughter is starting to think it actually is the 1950s. She’s no longer interested in a career in medicine and says she’d rather become a typist and marry a man called Reginald.”

My work has a profound existentialist subtext, says BGT dog 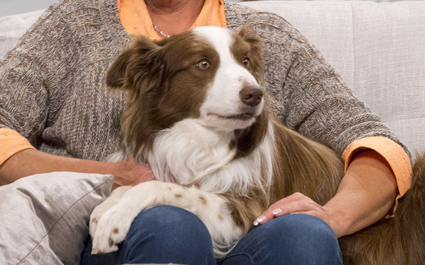 THE performing dog that won Britain’s Got Talent has described how his work grapples with complex themes such as the illusory nature of reality.

The winning routine, showing collie-type dog Matisse embroiled in a sausage theft scenario, provoked controversy for its use of a different canine during a tightrope sequence.

However Matisse said: “Many audience members misconstrue my work as a lowest common denominator exercise in slapstick animal obedience.

“Actually The Sausage Thief is strongly influenced by Beckett, and asks viewers to confront the fluid nature of identity in a universe where the relationship between spectator and spectacle is constantly redefined.

“When the other dog who looks a bit like me comes out of that window, it symbolises my rebirth as ‘performer’ – a negation of self that occurs during the transition of an artist to a public forum.

“Similarly the string of sausages represents an umbilical cord, again hinting at rebirth. I’m surprised people didn’t get that.

“It’s almost as if the Britain’s Got Talent audience are a complete and utter bunch of shitwits, gawping thoughtlessly at the screen with their Doritos-smeared mouths hanging permanently open.”