Police send out clear message that legal highs are not legal

THE police have denied that the illegality of legal highs is in any way confusing.

A spokesman said: “It’s very straightforward – if you are caught selling legal highs you may be arrested, the same as with illegal highs. Because ‘legal’ does not always mean ‘not against the law’. It’s obvious really.

“In case you were wondering, the term ‘legal highs’ includes a variety of substances including nitrous oxide and dodgy cannabis substitutes called things like ‘Hermit’s Gold’. Maybe nutmeg too.

“The thing uniting these diverse ‘legal’ substances is that they are banned. However this turnaround in logic does not mean that previously illegal drugs are now all legal.

“Everything that was previously illegal is still illegal, especially cannabis – although we may let you off for having small amounts of cannabis. Actually no we won’t, we’re more hardcore now, I think.

“Or maybe that depends where you live. Could be.

“That’s something we’ll need to check and get back to you about.

“Anyway, it’s all a moot point because all prohibited substances immediately become impossible to purchase, such is the effectiveness of the law.” 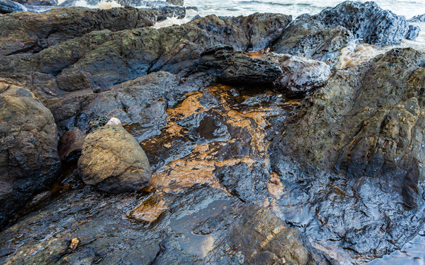 BIRDS love to drink crude oil with their supper, according to a Science Museum display sponsored by Shell.

“So spilling it is an act of generosity.”

The corporation has announced its next Science Museum exhibition will be Fairies, Werewolves and Climate Change, an examination of how the gullible can be manipulated into believing in far-fetched things.