Couple grows apart after living together for 40 minutes

A COUPLE have grown apart after sharing a home for nearly an hour, it has emerged.

Nathan Muir and Francesca Ryan have decidedly that, although they still care a lot for each other, things just aren’t like they were when they started unpacking their stuff earlier today.

Muir said: “I’ve got a lot of happy memories of this flat – opening the door, walking in the kitchen, having a quick slash – but we started having problems when she got out a collection of Princess Diana thimbles about 20 minutes ago

“I was like ‘what the fuck are those things?’ and she sort of narrowed her eyes and she ‘I thought you’d understand my Princess of Hearts collectables’.

“We’ve barely spent a night apart over the last two years, but that whole time she was pretending to be sane.”

Ryan said: “Looking back over the fraction of a morning when we were practically married, I think the rot set in when he decided to start calling the spare room his ‘wank pit’. He acted like it was a joke but you could tell it wasn’t really.

“It is time to move on, but certainly I’ll shedding some tears as we box up the stuff that we haven’t fully unpacked yet.” 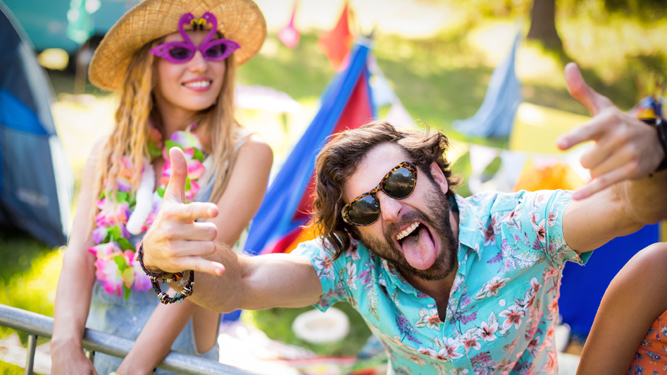 A CONFIDENT prick actually enjoys spontaneously jerking his body around to music while other people watch, it has emerged.

Nathan Muir actively seeks out environments in which he can show off what he refers to as his ‘moves’.

Muir’s friend, 31-year-old Tom Booker, said: “Nate’s always dragging us out clubbing, a phase of our lives which should, by all objective standards, be reaching its natural conclusion by now.

“He doesn’t even have the decency to awkwardly shuffle about, out of time to the music, with his eyes glued to the floor like the rest of us. He’s really enjoying it, the freak.

“Has he no shame? I don’t just mean feeling ashamed of his lame dance moves, but also the general sense of all-pervasive shame that all normal men should feel.

“Last week at a festival he flailed his arms about so much that he hit a girl on the ear. I thought her boyfriend might kill him, but she didn’t have one and now she’s going out with Nathan.