THE shattered glass walkway on Tower Bridge allows tourists to see London from the cracked perspective of a resident, it has been claimed.

A spokesman said: “By looking through the fragmented and chaotic sheets of broken glass, visitors can experience the city as its inhabitants do – a confusing, anxiety-inducing grey blur.

“It’s like seeing the world through a filter of anxiety about everything from house prices and terrorism to having the nicest shoes.” 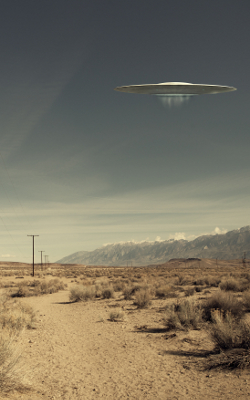 UFOLOGISTS have been told to stop going on about Roswell and come up with an alien incident within the last 20 years.

So over cattle mutilation

Cultural analysts believe UFO culture, which enjoyed a wave of popularity in the 1950s and a 1990s revival, is coasting on old glories.

Network engineer Tom Logan said: I am massively credulous and own a bong, so I was perfectly happy believing that Area 51 was real right up until that Ant and Dec film came out.

But its past time for something a bit fresher, whether its garish 80s VHS of a spacecraft buzzing an outdoor rave or security camera footage of a 1995 alien abduction.

It doesnt have to be the least bit convincing. And personally I would be very interested in something that combined aliens with 9/11, just to put that out there.

There is a real shortage of new material in cryptozoology, psychic studies and all the other completely made-up fields.

The public no longer gives a toss about Bigfoot, the Bermuda Triangle or spoon bending, but inexplicably there have been hardly any painfully faked contrivances since crop circles.

If anyones got half an imagination and five minutes free for a shaky YouTube video, we promise well believe it for at least twenty years.