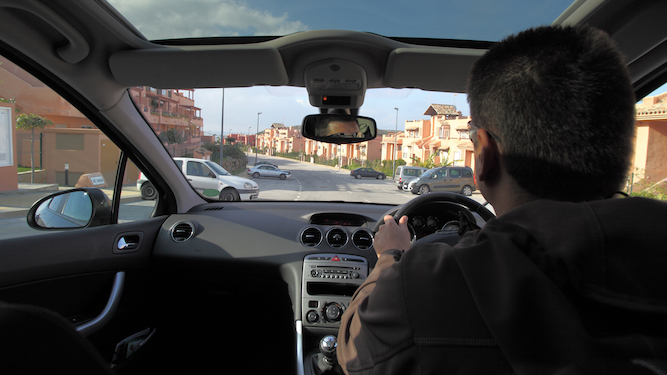 A FATHER of teenage boys has dodged traffic by taking a rat-run that added 15 minutes to a 20-minute journey, his children have confirmed.

Tom Logan was taking his kids to school when he spotted temporary lights and immediately swerved onto a maze of back streets, an A-road and through a retail park to eventually rejoin his route two miles back from the cars that stayed in the queue.

He said: “It was like something from a Fast and Furious movie, except at 20mph on speed-bump suburban streets, in a Kia.

“Sure, the satnav wouldn’t like it, but no satnav can compete with the unshakable confidence of a middle-aged man behind the wheel who knows this town like he knows the literary works of Jeremy Clarkson.

“By the end, other drivers were honking their horns in appreciation as I barrelled down one-way streets to eventually reach the same road I was on before.”

Son Ryan Logan said: “Sometimes I help out by saying ‘Hey, looks like a queue up ahead Dad’. He lurches offroad and I get an extra 20 minutes on Fortnite.”

Man working from home forced to hot desk with cat 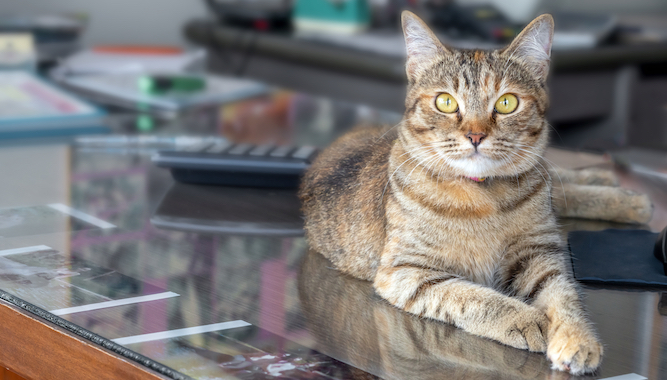 A FREELANCER working from home is forced to share a workspace with his pet cat.

Graphic designer Tom Logan has attempted to pull rank on four-year-old tabby Leonora by saying he needed the desk more, but was disdainfully dismissed.

He said: “Yeah, I have to get in pretty early in the morning if I want to get on the old iMac Pro workstation, or she’s asleep on it.

“The arrangement makes no fiscal sense. When I’m there, I’m using the machine’s tools to draft up logos, assemble images, typography, motion graphics.

“All she produces from walking on the keyboard is output like ‘xxxfhghhjlrlrltltltwqe’ and ‘ssbhltoalglglhltlu’ and then looking at me proudly like she’s produced some sort of vital mission statement.”

“I point out to her that this sort of gibberish isn’t going to put food in the bowl but there’s little point and frankly I spend far too much time talking to the cat as it is.

“Anyway, we’ve come to an arrangement. When she’s not at the computer she sits on the carpet and tends to her private parts and when I’m not, I do something similar.”