THE Duke and Duchess of Sussex are now free to go their own way, but what will they do with the rest of their lives? Here’s a few options:

Following the Obamas around
After an initially delightful weekend in the Hamptons, the Obamas will then find Harry and Meghan turn up everywhere they go, grinning expectantly, telling the same anecdotes. The former president and first lady last six months before going into hiding.

Isis
Following another six months of press invective the couple decide that they couldn’t be hated more if they joined Isis so what the hell. Harry’s military and Meghan’s media experience lead them to a stunning victory in Syria, which at this point will take anyone.

Continuity Beckhams
Not content with being the spare heir to the Windsors, Harry and Meghan become the spare heirs to the Beckham’s football and fashion empire, ready to step in if anything should happen to Brooklyn, Romeo, Cruz and Harper.

Affairs with Justin Trudeau
Drawn irresistably to the young Canadian prime minister’s centrist charm, Meghan will begin an extra-marital affair with him. Not to be left out, so will Harry. They become the first polyamorist trio to rule a country.

Drug barons
Forced to hire ex-cocaine cartel security after their own is stripped away, Harry gets chatting and decides it’s the game for him. Becomes the northern hemisphere head of the Sinaloa Cartel. William forced to kiss his ring in fealty.

Breakfast television
As the classic grumpy bloke-pretty girl combination are picked up by Canadian breakfast telly, quickly beat all rivals and are hired as the new hosts of GMTV. ‘We did all this to destroy you,’ Meghan whispers to a weeping Piers Morgan as security throw him out.

Elderly white man perfectly capable of deciding what is is racist or not, thank you 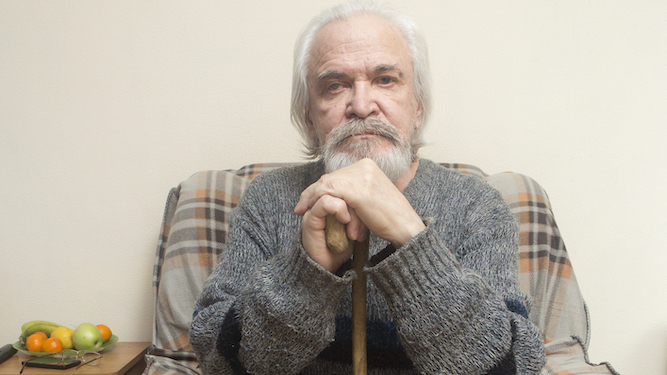 AN 68-YEAR-OLD white man has declared that he needs no assistance when it comes to determining what is racist, or, is almost always the case, not in the least racist.

Norman Steele, 62, has spent a lifetime considering the racial question since it began coming up a few months ago, and has concluded that there was never a problem.

Steele said, “I am not prejudiced against anyone because they come from a particular race.

“Some of my very best friends happen to be from the white race. I celebrate that. I wish the same could be said for those who hurl epithets such as ‘gammon’, just because of the colour of their capillaries.

“They feel unable to visit some of the ‘no-go’ areas of Birmingham or Bradford for fear of abuse.”

“However, racism against black or Indians is largely groundless. My favourite toy was a golliwog called Sambo, for God’s sake.

“And this fuss about The Black And White Minstrel Show? As a younger man, I had the pleasure of meeting some of these minstrels and found that generally, beneath the surface, they were just like us.”