AN EXPRESS reader is struggling to come to terms with his new reality after receiving a different newspaper by mistake.

Retired structural engineer Roy Hobbs’s most deeply held beliefs were rocked to their foundations when the paper boy accidentally left the Guardian instead of his usual Daily Express.

Hobbs said: “I noticed that it didn’t mention how Brexit is making the economy boom and the EU is grovelling at our feet now we’ve stood up to them.

“Then I read an article about Nicola Sturgeon and she seemed quite reasonable. That couldn’t be right because she’s an insane Nazi devil hag who wants to enslave England.

“The alarm bells really started ringing when there was nothing about ISIS immigrant gangs taking over all our towns and enforcing Sharia law. Even the Marxist Guardian would report on that.”

Hobbs is now wondering if he was misled about this and other issues like how the Russians are about to invade and teachers making five-year-olds become transgender.

He and his wife now plan to visit their local town centre for a meal one evening, but still have a residual fear of being mugged by binge-drinking ‘ladettes’. 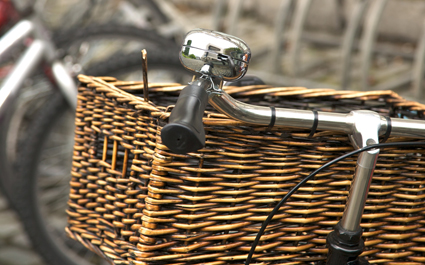 A PICTURE involving a basket has received a coveted award for uninspired kitten photography.

The award for Utterly Generic Kitten Picture of The Year, announced at a gala dinner hosted by radio presenter Richard Bacon, recognises the kitten picture industry’s charming lack of imagination.

A spokesman said: “What strikes you about this image is the basket context, and the way the kittens appear to be gazing wistful upwards.

“Literally anyone could have thought of that.”

‘Basket Friends’ beat off stiff competition from ‘Playtime with String’ and ‘Kittens on Towel or Blanket’.