BRITAIN did a pathetic attempt at an Irish jig last night as
the Inland Revenue swigged from a whisky bottle and fired a revolver at
its feet.

The snarling, violent tax collector then made the country switch to body-popping before ordering it to find a chair and do the routine from Flashdance.

The move came after the organisation got drunk and decided to just make it up as it went along for the 14th time this year.

A spokesman said: “New rule. You dance or you die. Now do Gene Kelly from Singing in the Rain.

“We return in one week for your crops and your goats. Then we take your women and make you watch while we stick our dirty hands up their petticoats, press our stubbly faces against them and lick their milky white cheeks with our cigar-stained tongues.”

The spokesman then lifted the rim of his massive hat, grinned and spat a mouthful of brownish red liquid at Britain’s feet, adding: “And you will do nothing like the cowardly dirt farmers and mummy boys you are. Aha ha ha ha ha.

The latest rule change has divided Britain with some saying they should give the Inland Revenue what it wants, even if it is just to save the honour of their daughters, while others insist the country must nominate a small group to travel to Santa Fe and hire the seven most deadly gunmen in all of New Mehico.

Tom Logan, who must pay Â£1,827 and does not even know how to hold a rifle, said: “Even if we had the guns, we only know how to plant and grow and work in marketing and finance.

“Then again, it is the best part of two grand because they fucked up. I hope Yul Brynner will teach me how to shoot someone right in the testicles.”

Apple To Ruin Your Life All Over Again 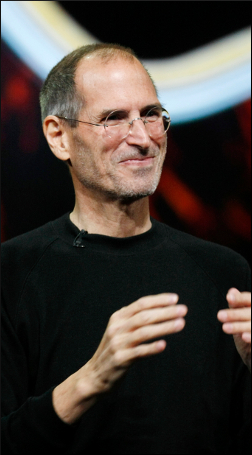 IPHONE users are set to return to their usual sobbing, foetal state with the release of IOS4.1.

The new operating system promises more inventive ways of reducing phones to an unresponsive lump of plastic costing more than your first car.

Apple obergruppenfuhrer Steve Jobs said: “We calculated that the soul-destroying horror of IOS4 had just started to fade in people’s minds and they were probably starting to piece together the remnants of their shattered lives, so it seemed the perfect time to fuck some shit up.

“New features include a small, mechanical hand that pops out every hour and flips you the bird and a pair of feet that sprint toward the pocket of the nearest mugger.

“It makes your phone look like the 1970s children’s cartoon Ludwig. And yes, the fact that you can’t understand that simile without looking it up on your iPhone was intentional, you dreary scum.”

Iphonologist, Wayne Hayes, said: “This is a continuation of Apple’s protracted campaign to demonstrate just how much they soul-deep hate you. Perversely, the more of their products you buy, the more contempt they have for you.

“If Apple eventually become the real-life equivalent of Cyberdyne Systems – and I’m not suggesting for a single second that they won’t – the Terminators will automatically look like the sleek traffic cop version rather than the lumpy racist one.

“The big difference will be that Apple’s Terminator won’t be compatible with any other machine on the planet, will be covered in deep scratches after eight minutes’ and will run out of battery after 30 seconds of sprinting after John Connor.”

Meanwhile, Martin Bishop has asked his iPhone what he has done to upset it so much. Kneeling outside the Apple store in central London, he cried: “Just yesterday I finally managed to replace all the photos and the phone numbers and was hoping to move on with my life – now you want to destroy it all again. Are you a phone or my ex-wife?”