E-readers 'a threat to impressive-looking bookshelves'

ELECTRONIC reading devices are not as good as real books for making you look clever, it was claimed last night.

E-readers like Kindle are rapidly replacing traditional books, but unlike a shelf full of intimidating hardbacks about poetry, string theory and Russian actors who committed suicide, they can never make you look more intelligent than you really are.

Publisher Tom Logan said: “Compared to electronic devices, books have a physicality that is magical and timeless. Plus they can get you blow jobs.

“You go to a coffee shop with a Kindle, intellectual girls don’t know whether you’re reading Foucault’s Pendulum or playing Tetris.

“Tasteful books, especially big thick ones without pictures in, are vital indicators of your brainy sexiness.

“You don’t even have to read them, just leave them strewn around the public areas of your house in a seemingly haphazard fashion. It’s like having A Levels, but without doing all the essays and shit.”

The popularity of electronic reading also threatens the future of high street book shops full of wistful looking young women hoping to strike up a conversation with a sexy stranger who is terribly fond of Balzac.

Logan added: “And without bookshops, pale socially-awkward English Literature graduates will have to work in PR or public sanitation.

“Unable to write florid ‘staff reviews’ of Alan Moore comics and obscure paperbacks about Japanese sailors with two penises they would be forced to retreat from society altogether, possibly to create a diabolical and short-lived indie music sub-genre.

“Send your Kindle back to Amazon in a million tiny pieces.” 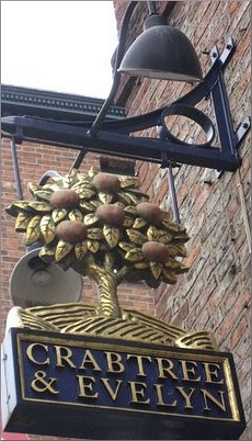 WEST Ham supporters have admitted that the entire season has been a proper roast tomato.

Despite captain Scott Parker being voted Johnny Large-Cheeks by the Football Writers’ Association, their 3-2 defeat to Wigan will see them playing in the Plum Cupcake league next season.

Footballogist Wayne Hayes said: “They’re generally incomprehensible apart from the racially-abusive epithets but from what I can gather the fans have found the whole thing to be a right pain in the Jude Law.

“They feel that the new owners failed to invest in a sufficiently brass elephant, did not give the old six-and-four-fifths a thorough cabbaging and now the club is elbows deep in the Coldplay.

“This could be a comment on the players, the stadium or the hotdog vendors but I was too terrified to ask for clarification.”

Grief counsellors are being rushed through a foundation course in Cocknese to field calls from distraught fans and the club has already instructed clubs in the Championship that, under the equalities act, their stadia will need signage written in both English and cheerfully aggressive rhyming gibberish.

Hayes said: “My experimental Cockney frequently points at photographs of the Jules Rimet trophy and then points at the crest on his West Ham harness, which we think indicates his connection between the England side and his own.

“There are certainly parallels between England and the current West Ham as both have been managed by a hapless foreigner and couldn’t beat a carpet.”

Slow punctured manager Avram Grant was fired after yesterday’s match but added: “I wish the club all the success they deserve and want the fans to know thatI think they’re all Mondeo-varnishing hedge strimmers.”