THE easiest way of dealing with things that you do not understand, like climate change or macroeconomics, is simply not to believe they are real.

Studies have found that everything from evolution to mental illness to global warming can be successfully dealt with, in the short-term, by simply stating they do not exist.

“I’ve got a million of ‘em mate. Global warming? With that Beast from the East we got the other year? No such thing.

“I don’t believe in the moon landings either, because come on, it’s bollocks. And no way is the sun 93 million miles away. Or you’d never feel it was hot.

“And the great thing is that once things aren’t real you don’t have to worry about them. You can dismiss them forever and leave that mental space for something else, like chemtrails.”

Daughter Sam Turner said: “Yeah, the problem is Dad doesn’t really understand much. Yesterday he told me wifi was ‘all in my head’.”

Camera crew in Brexit heartland puts up 'Nutters Only' sign 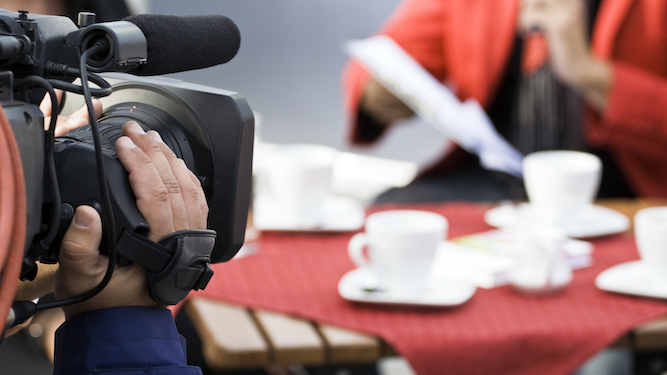 A NEWS team visiting the Brexit heartland of Stoke-on-Trent is sick of interviewing people with reasonable, well-thought-out views.

The presenter and camera crew have done 12 on-the-spot pieces already, all of which are unusable because of the moderate opinions and sensible positions of their interviewees.

Director Martin Bishop said: “I didn’t come all the way to the fucking Potteries to speak to some twat who ‘thinks on balance we should stay in the EU’. I could have got that at home.

“This is worse than fucking Sunderland. Every other person we stopped there was ‘having second thoughts’ or ‘we weren’t given all the facts’.

“We’ve put up a cartoon racist dog expressing some normal opinions for this area – ‘Kick Them All Out’, ‘Bring Back National Service’. ‘I Heart Hanging’ – and next to him it says ‘If Your Views Aren’t As Right-Wing As Mine You Can’t Come In.’

“That should get us some Brexity lunatics spewing their bile for the cameras, and once that’s in the can we’ll knock off early and head back to civilisation.

“After all, we have a duty as journalists to represent the full range of views. Get that pensioner in here. He looks proper mental.”