THE end of the six-week summer holiday has seen peaceful, happy commuters turn back into a bunch of psychotic bastards again.

The break had emptied suburban roads of desperate parents screaming obscenities in traffic jams as road rage shifted temporarily to the insanely narrow lanes of Devon and Cornwall.

Commuter Nathan Muir said: “Where the f*ck did all these slow, useless bastards spring from, and why won’t they get out of my f*cking way?

“Walk your kids to school, you lazy twats, this obesity’s your fault. Jesus, this queue doesn’t even stop after the lights. Why can’t you all p*ss off?”

Father-of-two Steve Malley said: “You’d think, because I do the school run, that I might hate other commuters but not as much as I hate myself.

“However that’s not true. I hate all these other bast*rds far more.” 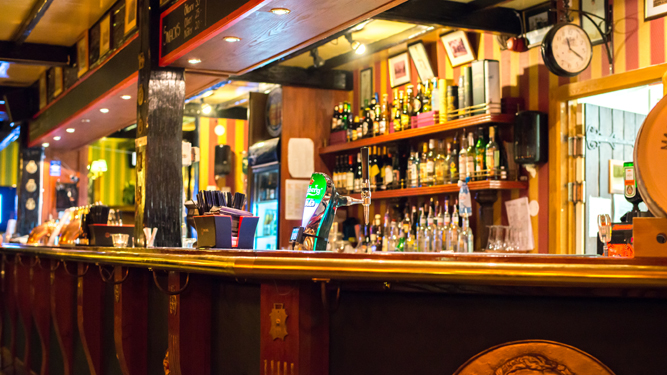 DRINKERS at a normal pub have been left shocked after a man brazenly ordered a hot drink.

Patrons at the Lord John in Reading, a small bleak pub where the kettle is not even plugged in, were enjoying normal alcoholic pub drinks when a man in his thirties entered demanding a cup of tea.

Bar manager Roy Hobbs said: “At first I assumed it was a joke of some kind, but he repeated his order as if it was the most normal thing in the world.

“My mind reeled as I considered what to do next. I wasn’t even sure if there was any milk, never mind where I might find tea bags or a cup. I had to phone Clare who works on Saturdays.

Regular Wayne Hayes said: “These people have their own places, cafes I think they call them. They should stay there and eat their carrot cakes or whatever it is they like.”

Roy Hobbs added that he has since rubbed off ‘tea and coffee available’ from the pub’s blackboard, and taken the kettle to Cash Converters.