Everyone thinking about trying khat

MILLIONS of Britons are considering giving khat a go after hearing about it for the first time this week.

The newly-illegal plant that can be chewed to produce a stimulant effect, was discovered after Theresa May told them all about it.

Office worker Tom Logan said: “I don’t really like coffee so this sounds like the ideal thing for getting through those dull morning meetings.

“Presumably I will have to spit the masticated khat into a bin, but I guess it’s no worse than chewing gum. Probably it will make me look a bit like a cowboy.”

Team leader Nikki Hollis said: “As a busy career woman, I only get to hear about interesting new drugs when they are banned, or sometimes unbanned.

“I thought, why should Somali cab drivers have all the khat fun?

“So I just bought some and my first complaint is that it’s fucking massive, basically it’s a hedge. 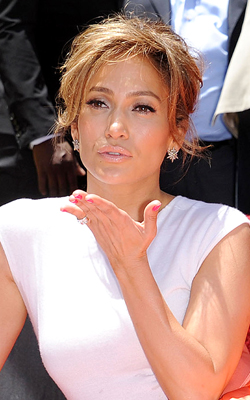 Now festival season is truly upon us, everyone is looking for the hidden gem of the summer circuit. This may shock you but the spiritual experiences I’ve had have been in some of the most unlikely places!

For example, you might not have heard of The People’s Round Up Festival in Burma.

Best Bits: The open mic stage. Imagine a hundred and fifty people swaying to me on the congas as I remind them not to be fooled by the rocks that I got, ’cause I’m still Jenny from the block.

Now I’m not saying the rocks are a fundamental part of who I am, but they sure saved my ass in bail terms after everyone in the tent was arrested for aggravated murder.

Worst bits: Usher refusing to do an encore because the cops wouldn’t accept the tip of his index finger as bail. But I guess if he didn’t want to end up in this situation, he shouldn’t have committed aggravated murder.

Another must-visit is the Yeah Man festival in Yemen. It’s about time someone put Africa on the world stage and raised some awareness. In our modern times, no one should live in fear of being exhumed for a crime they didn’t commit, so it’s easy to justify $18 for a bottle of water when you know that every penny is going towards getting Mandela back on his feet and onto his soapbox where he belongs.

Best Bits: Jostling for the Beyonce arena is one of the most emotional experiences you will ever have.

Worst Bits: Emos. Literally everyone looks like a druid. Even Mariah Carey couldn’t get them jumping.

If you’re hardcore, you gotta check out the Glaxo Smithkline Brain Melt Festival in that crazy backwater, The People’s Republic of China. A pricey flight, but where else do you get to see Nelly Furtado in full bird costume these days?

Best Bits: The experimental tent. If you’re a seasoned partier, you’re gonna wanna step into one of the special ‘vans’, where for $50 you can get hit up with the indigenous legal high: ‘lethal injection’. A word of warning: this one creeps up on you  a real couch locker. When my crew revived me after fifteen minutes, I woke up yabbering in a thick west country accent and no one could understand my requests for a bag of shrimp fritters and fruity Gatorade. Definitely not for the novice.