The claims, by neuroscientist Baroness Greenfield, will make disturbing reading for the millions whose social lives depend on yes Kate Moss is back to her glamorous best in a stylish new leather coat.

More than 150 million use Facebook to share thoughts, photographs and have you seen the latest series of Criminal Minds because it is totally awesome but not as awesome as this coronation chicken sandwich that really tastes of curry for some reason.

A further six million have signed up to Twitter, the 'micro-blogging' service that is really enjoying the new Kings of Leon album before going for a swim and then sushi with Faz and Tommo who has a disgusting rash but doesn't want to talk about it.

Henry Brubaker, of the Institute for Studies, said: "It may be that social networking sites shorten the attention span and lead to increased self-absorption, but then again, how the fuck could you tell?

"I suspect Facebook may be the symptom rather than the cause and that these latest studies are simply telling us how our unbearable childishness and self-regard made Facebook possible in the first place."

Professor Brubaker added: "Hello? Are you actually listening to me? Or are you downloading a new ringtone while I'm talking to you because you haven't changed it for three days and this one is going to tell us so much more about who you really are as a person and by the way that one with the dead terrorist is brilliant. 'I am killing you', fantastic. Have you seen Criminal Minds?"

Gail Trimble To Be Burnt As A Witch 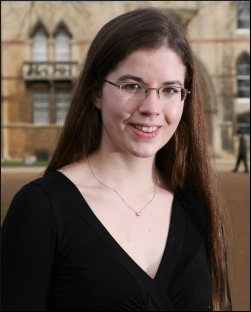 GAIL Trimble, the University Challenge juggernaut, is to be burnt as a witch, it has been confirmed.

The classics post-graduate student will be tied to a stake in the centre of Oxford this weekend after a baying mob of torch-wielding peasants denounced her as the 'whore-strumpet of Lucifer'.

"And then there's all that raw, seething lust. Extremely distracting when one is trying to read Dan Brown in the original Greek."

Trimble has terrified millions of innocent people across the country with her ability to answer Jeremy Paxman before he has even finished asking the question.

And her fiery, witch-like temperament was revealed last week when she was overheard telling a frightened team mate, 'it's Thomas Aquinas, you unbearable shitwit'.

Emma Bradford, a terrified sales manager from Leeds, said: "How could any woman who is not the carnal chew-toy of Beelzebub know so many different things?

"Is she Satan's harlot? Or is she just a 26 year-old post-graduate with nothing better to do than sit around all day reading encyclopaedias and having tea and crumpets? Either way I think we should burn her."

Thomas Logan, bursar of Corpus Christi College, where Trimble has been swanning around for the last eight years, added: "I've heard tell that on a full moon she'll suck the brains right out of your nose and then recite the perdiodic table backwards in Aramaic while dancing naked in a circle with a murder of gigantic, two-headed crows.