Facebook told to piss off with this 'Friendversary' thing

FACEBOOK needs to stop telling people how long they have been friends on Facebook, because no-one gives a shit, it has been confirmed.

The social network is encouraging users to ‘celebrate’ the anniversary of becoming ‘friends’ with someone, but has failed explain why this matters in any way whatsoever.

Facebook user, Emma Bradford said: “Me and my friend, Nikki have been best mates since we we’re six years-old, when I told her that she couldn’t eat crayons.

“We can’t be sure of the exact date, but it was over 20 years ago now. Still, at least Facebook let us know that we had a Friendversary last week.

“The date for this is based on the date we both started using the same social media platform. That’s great, but not quite as important as when I had to stop her from choking on a crayon.”

Facebook user, Tom Booker said: “It told me today that me and a bloke from work have had a three year Friendversary. We decided that while it was obviously a significant milestone we would continue to be very casual acquaintances who would have our annual two minute chat at the Christmas party.”

Whatever happened to nunchucks? asks Britain 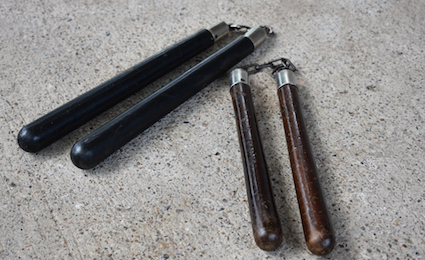 THE number of nunchucks in British homes is at its lowest level since the 1960s, according to new research.

The Institute for Studies found nunchucks first emerged as socially acceptable household items in the early 1970s, alongside the rise of Kung Fu movies.

By the mid 1980s nunchucks were being bought by millions of young men with mullets and sleeveless heavy metal t-shirts, all of whom failed to master even the most basic nunchuck techniques.

Professor Henry Brubaker said: “By the early 1990s computer games were beginning to take the place of traditional British nunchucks.

“It was an incredibly sad but perhaps inevitable victory of new technology over a rudimentary device that only ever harmed its owner. Often quite badly.”

Julian Cook, 42, from Stevenage, said: “I remember my uncle had a set of nunchucks that he would whip out and show me and my mates. We were only 10 years-old at the time but he was really quite safe with them. After the first couple of times he stopped waving them around and just put them on the kitchen table.

“I guess it was just a simpler, more nunchuck-friendly era.”