THE average Father’s Day spend is 44 per cent less than Mother’s Day because dads did not suffer between 12 and 72 hours of agony, experts have confirmed.

Children have explained to their fathers that they only get beer and a shit card while mum gets flowers, a meal out and lavish gifts due to the relative pain involved.

“It didn’t really have to go through anything. While we still had that poster about pelvic floor exercises on the back of the bathroom door when I was learning to read.

“Mum had stitches, you had a cigar. I don’t think you really deserve to be taken to that air show, do you?

“You did the minimum. Here’s some fudge.” 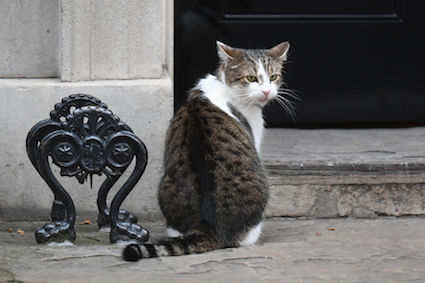 LARRY the Cat is the only inhabitant of Downing Street to have done a good job this century, it has been confirmed.

Larry, who does everything he is asked by catching an average of two mice a week, has yet to plunge the country into disarray, start a disastrous war or drive the economy into a tree.

Larry said: “I just show up and do my job. No fuss, no bother.

“I think one advantage I have is that I lick my own bum rather than having other people do it for me. It keeps me grounded.”

He added: “I’ve no plans to run for the top job myself. People say that politics attracts unprincipled psychopaths and as a cat I just wouldn’t fit in. I’m too nice.”