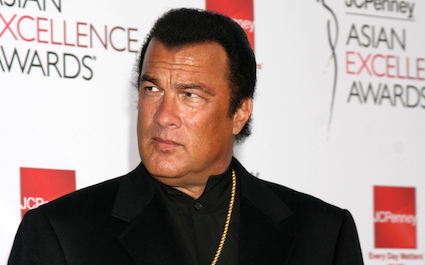 A SUPERMARKET security guard has seen every single Steven Seagal film and many twice.

Roy Hobbs, an employee of Tesco Extra in Bedford, enjoys chatting to anyone who has seen a Seagal vehicle but never meets any who has seen as many as him.

He said: “Everyone’s seen Under Siege, obviously. It’s an acknowledged classic like Eraser or Over The Top.

“But Seagal’s a surprisingly versatile actor. He’s been an oil-drilling specialist, an environment protection agent, an immunologist, and an alcoholic former cop forced to work as a hitman.

“I’ve had lots of different jobs, so I can identify with that.”

Co-worker Wayne Hayes said: “The thing is, I’ve seen one Steven Seagal film and that kind of counts as them all.”

Girlfriends announce plan to have some of your chips 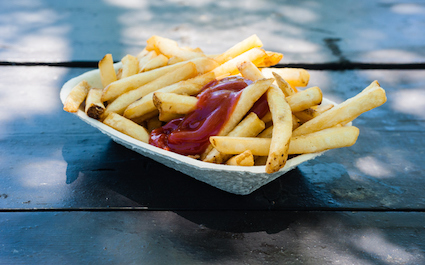 THE nation’s girlfriends have announced that they do not want any chips, but they will have some of yours.

Partners responded that it was fine to have some chips and that they had no objection to buying the chips, but they ‘wanted some of their bloody chips for themselves for a change’.

Women retorted that they ‘might have expected’ this level of selfishness and swore to have ‘only a tiny few’ because as stated earlier, they should not be having any chips really.

The offer to ‘just get two lots’ was reiterated and emphatically rebuffed, and boyfriends were informed ‘to stop being so greedy’ and get one portion, without curry sauce.

Steve Malley of Oxford said: “Half of them she’s had. And four onion rings.”