Google introduces 'You should probably just break up' alert

GOOGLE has introduced a new tool for users who keep doing searches about whether their partner is really ‘the one’.

A spokesman said: “The new algorithm tracks how many times a person takes quizzes about their emotions, reads articles about polyamory and enters vague questions about the nature of love after midnight.

“Once the alert level is reached, they receive an email directing them towards a WikiHow about handling a break-up, a playlist of uplifting songs about being independent and a guide to the best bars in the local area.”

Google user and long-term girlfriend Nikki Hollis said: “I don’t know why the break-up alert went off for me, all I’ve been doing is looking up how happy people should expect to be in a relationship.

“I found a really useful blog about how we demand too much from other people anyway. Everything is completely fine.”

Rising inflation explained as 'the 70s' 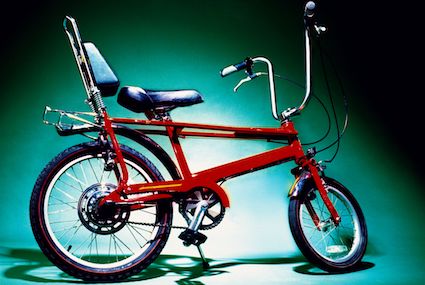 ECONOMISTS have explained what rising inflation means by asking if you remember the fourth-hand Chopper bike you got for your birthday in 1978.

They have also asked if you remembered the fun times jump-starting the car, enthusiastic allotment growing or patching the crotch of your jeans, and suggested that if you do not currently you will shortly.

Economist Martin Bishop said: “You loved that Chopper didn’t you, even though the broken front forks had been badly rewelded at your dad’s works? You were happy then.

“Well, 2.3 per cent inflation, twice that soon, means those cheerful days of make-do-and-mend are back.

“Bugger-all channels on the telly, a week’s holiday in Rhyl in the summer, kids getting a new toy twice a year, borrowing the neighbours’ Hoover, it’ll be like it never went away.”

Sharing a home with a foul-smelling elderly relative is also expected to be on the up, as is running out of electric money and playing Escape From Colditz by candlelight.