GUIDELINES for encounters with white BMWs, Mercedes and Audis have been published by the Department of Transport.

The vehicles, which are usually to be found in the third lane of the motorway approximately one inch from the car in front, have been officially classed as a natural hazard.

“When they come up behind, don’t move out of their lane too quickly. That just makes them angry. But wait too long and you’ll hit them as they undertake you.

“On country roads, where it’s impossible to move out of the way, if they flash their lights we advise calling a whiplash injury claims specialist immediately.”

Julian Cook, the driver of a white BMW 3 Series, said: “The car has automatic sensors that shout abuse at any pedestrians I almost run over, which is incredibly useful because I’m usually on the phone.

Being cool and being a parent not compatible 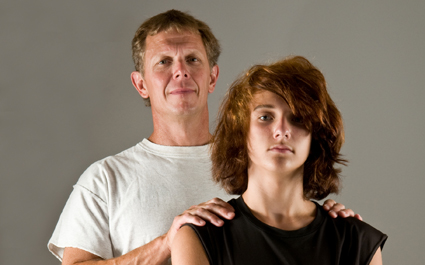 IT is not possible to be cool and a parent, experts have warned.

An increase in magazines and websites for stylish ‘upscale’ parents has fuelled a delusion that people with children are something other than the empty husks of their former selves.

Sociologist Mary Fisher said: “In previous generations we accepted that once you had kids you were basically dead.

“Fashion, music and art were no longer for you because you were so tired and had spent all your money on plastic animals.

“In a way that’s part of the reason for being a parent, that you no longer only care about your stupid self and idiotic consumer bullshit.”

Researchers at the Institute for Studies confirmed that it is not possible to be cool and a parent.

Professor Henry Brubaker said: “Even if you’re a parent with a big house full of antlers and art books, and you’ve got £400 jeans, you’re not cool.

“Young people decide who’s cool. You’re old and weird, you probably like Gwyneth Paltrow and are certainly an idiot.”