Government To Give Your Neighbour's House To Junkies

THE government is to use your money to buy your neighbour's house and give it to a gang of junkies, the prime minister announced yesterday.

Unveiling the the £200 million Ruin Your Neighbourhood Fund, Jim Callaghan said: "If the house next door to you is lying empty, it is only right that the government should buy it and give it to people who live in their own waste.

"Junkies are finding it increasingly difficult to get onto the housing ladder as they deal with the combined pressures of taking crack, swearing at each other as loudly as they can and throwing their rubbish over the garden fence.

"And without a decent roof over their heads junkie children end up vandalising cars, throwing knives at each other and having sex with anything that moves. Now they will be able to do all this to you."

He added: "And because we are in charge of the money, it is inevitable this policy will be more likely to impact in areas with Conservative Members of Parliament."

"So the message is clear: Vote Tory and you'll be living next door to someone who will molest your cat and go to the toilet in your driveway." 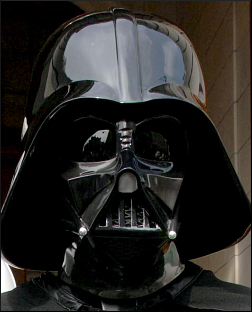 THE Vatican has admitted intelligent life exists elsewhere in the universe but that much of it is under the control of protestant denominations.

The Vatican's study involved watching a series of films including the orginal Star Wars trilogy, Dune, Battlestar Galactica and Star Trek III: The Search for Spock.

Monsignor Facci said: "We applied our usual rigour and determined there was a very high probability that all of these stories were 100% true.

"Based on our observations, it would seem Darth Vader, Boba Fett and Emperor Palpatine are all Baptists.

"I am particularly disappointed in Lord Vader. You might say I find his lack of faith disturbing."

He added: "It will come as no surprise that Jabba the Hut is a fairly typical Presbyterian, while we strongly suspect that Lando Calrissian is, at best, an Episcopalian.

"Thankfully there is hope. Luke and Princess Leia have recently been confirmed, while Han Solo has the makings of a first class Jesuit."