Graduates forced to take jobs that match their skills

‘UNIVERSITY’ graduates are increasingly having to take unskilled jobs commensurate with their lack of ability.

Figures from the Office for National Statistics show that the average wage for someone with a British university degree has fallen to pretty much where it should be.

Professor Henry Brubaker, of the Institute For Studies, said: “The fact that 20% of new graduates are unemployed says less about the current job market and more about the age-old problem of fucknuts.

“Nevertheless our higher education system continues to do its job of producing people who can round-up shopping trollies without supervision.”

The study showed that the best paid graduates were those with degrees in medicine, dentistry and other things that actually need to be done.

Meanwhile, trade unions have demanded a halt to graduates taking unskilled jobs, insisting they do not want to represent people who are even worse than public sector workers.

Holly Turnbull, a 2:1 from Roehampton University, said: “I had some nebulous plan that my degree in Heaven 17 would translate into a six-figure income but all I have to show for it is a heartbreakingly predictable tattoo.

“I was explaining this the other day to an old friend I sneered at for leaving school at 16 to become a plumber. But he just jumped into his Audi while asking if I would like to clean his bogs. 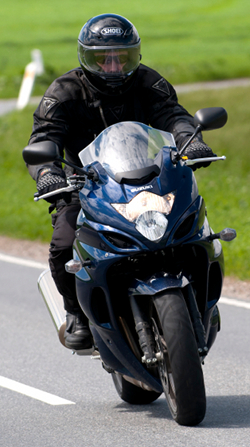 THE tax and national insurance paid by smokers and the obese is completely invisible, it has been confirmed.

Doctors who have denied treatment to both groups said they had checked with the Inland Revenue and been assured that while there may be a record of the tax being paid the money was nowhere to be seen.

A BMA spokesman said: “Obviously we would not have denied treatment to people who had paid actual taxes. Not only would that be monstrously unfair, it sounds as if it should be against the law.

“No, we only deny treatment to poor people who don’t pay tax, or unsightly or malodorous people who are obviously lying about paying tax.”

He added: “We’re also very excited about denying treatment to lazy, unemployed people until they can be bothered to get themselves a decent job.’

Helen Archer, from Peterbourgh, said: “Some people say that smoking is no different from any other deliberate risk that leads to injury. But they’re wrong, because it is.