Grandparents Advised To Gay It Up A Bit

ELDERLY couples who are hoping to adopt their grandchildren are being advised to gay it up a bit.

Experts claim grandfathers will have greater success if they wear bright pink lipstick, talk like a hairdresser and make flamboyant hand gestures.

Tom Logan, an assistant director of social work in Birmingham, said: "When it comes to the interview, grandad should be as nancy as possible.

"Granny can either dress-up and pretend to be his Latino lover-boy or just pose as a lesbo fag-hag.

"Either way most social work departments would rather give the children to a couple of weird, bi-curious transvestites than some old Tory with a Rover 200 and a bag of toffees."

The guidance comes as new figures reveal that most British children are now being raised by gayboy lesbians.

In Nottingham the local council is taking children from stable, traditional family homes and placing them with any old homosexual who walks in off the street.

Meanwhile in Gloucester an all-male ménage a trois has been allowed to adopt 48 children who they like to dress up in little leather shorts and play a game called 'hot gay disco'.

But family campaigners say they have amassed a huge amount of made-up evidence which proves that children raised by gays will turn into violent morons and drug addicts, just like the heterosexual parents they were taken from.

Bill McKay, director of Families, Families, Families, said: "Invariably these children are placed with two men who are not only gentle and sensitive to the needs of others, but also highly educated, prosperous, and in a long-term, stable relationship. They don't stand a chance."

What Is Your Fucking Problem? Britain Asks IMF 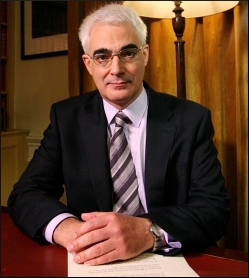 THE government has written to the International Monetary Fund to ask it what its fucking problem is.

As the latest IMF report described the UK as 'a horrible old man, covered in bits of food and reeking of piss' ministers were like 'where the fuck did that come from?'.

The IMF said that if anyone still cared Britain should probably be fed through a tube and forced to use the toilet rather than just doing it in a chair.

But last night chancellor Alistair Darling was like: "Hang on a minute, how come it's always us?

"The Germans are all fucked-up but you don't go round telling everyone that Germany's a fuckwit. Then there's the Italians. Are you saying we're worse than the fucking Italians? Oh, and in case you hadn't noticed, Iceland!

"What does IMF stand for anyway? International Mother Fuckers?"

The chancellor said you didn't get it from him but he heard Spain has been giving blow jobs to the IMF in a cubicle in the gents' toilets.

An IMF spokesman said: "Do you really want to know why? Fine. Your banks were the entire basis of your economy and now they're shite. Your currency is used bogroll, you don't make anything of any value, you're governed by clueless arseholes and 99% of your population is up to its tits in debt. That's why."