Grans demand to know what it says on your t-shirt

BRITAIN’S grandmothers are squinting and demanding to know what the words on your t-shirt mean.

Millions of grandchildren are facing painful questioning as grans struggle to grasp the concept of clothing with throwaway slogans.

Student Nikki Hollis said: “I went round to gran’s wearing a t-shirt with the essentially meaningless phrase ‘Superstar Diva BITCH’ . That was a mistake.

“Unfortunately Nan insisted on reading it. Have you ever tried to explain an ironic slogan with a kitsch sensibility to a 91-year-old woman who thinks ‘bloody’ is an unspeakable obscenity?

“I managed to convince her it wasn’t literal, but she still looked worried. Thank god I wasn’t wearing my ‘Appetite for Destruction’ t-shirt or she’d have thought I’d turned into a terrorist.”

T-shirt scrutiny is the latest tiresome gran demand, which include being told to take your coat off or ‘not feel the benefit’ later, and being made to stay for unpleasant food such as egg sandwiches.

Putting down her puzzle book, grandmother Joanna Kramer said: “What does that say there on your t-shirt? I can’t read it. Hang on, let me get my glasses.

“‘FBI: Female Body Inspector’. What does that mean, then?” 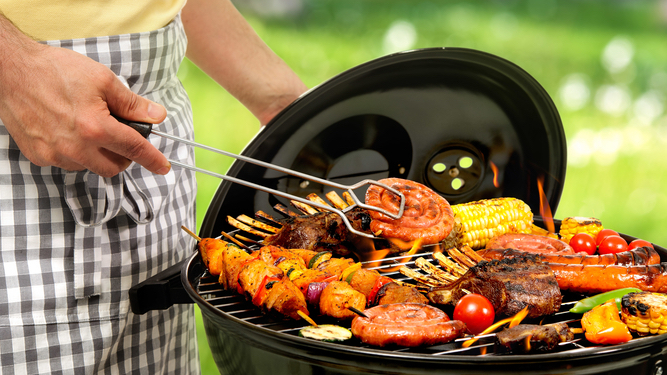 MAN was weak and girly and work in office where he bullied by woman, but now him strong. Him have meat. Him have barbecue.

Man plan barbecue many days. Man hunt sausages and burgers in Asda. Him even find steak. “How much you spend?” say wife of man. “Not that much,” him say. Him not mention luxury coleslaw.

Barbecue take many hour to prepare. Charcoal heavy but man strong. Even cooking temperature hard to achieve but man wise and put firelighters in right places.

Other man at barbecue, Gar-Eth, have barbecue fortnight ago. But Gar-Eth barbecue small disposable one. Him only serve very cheap sausages. Man have defeated Gar-Eth.

Man feel proud of barbecue. In head him soar like eagle, and have leftovers can go in fridge.