Group of arseholes in pub getting bigger

AN OBNOXIOUS group of after-work drinkers is getting larger, dismayed pub customers have noticed.

Drinkers at the Ram’s Head in Swindon had assumed the group of loud, annoying office workers would soon leave but instead they have been joined by more arseholes.

Pub regular Emma Bradford said: “I thought they’d go after a quick drink and bigging themselves up about whatever immensely ordinary job they do.

“But more of them keep arriving. A guy’s just turned up who keeps shouting ‘WHAT YOU DRINKING?’ really aggressively. He’s pretending to be ‘in charge’ or something.

“There’s also a dick who seems to think using a mobile phone impresses people and a woman who keeps screaming so you know what a great time she’s having.

“They keep coming over and asking for spare seats in a slightly aggressive manner.”

Office stationery salesman Wayne Hayes said: “When we all go out for a drink I like to bang on the table loudly if someone says something mildly amusing. I feel that really adds to the evening.

“But sometimes when we’re in the pub other people look unhappy. I think they’re disappointed they aren’t us.” 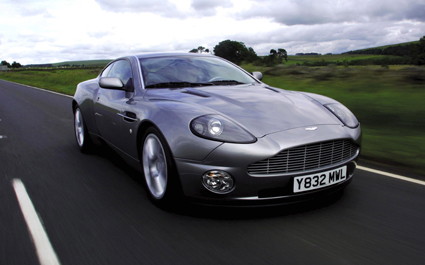 TRAIN company bosses have asked customers to help decide which incredibly fancy car they should buy.

Southern Rail has shitloads of money from ticket sales and would like to know whether commuters prefer the classic lines of the Aston Martin Vanquish or the more modernist Lamborghini Aventador.

Southern Rail tweeted: “Loving the Aston but plenty of cheddar in the bank so could even get the Lambo too?

“Or the new Ferrari with the limited edition calfskin seats. Don’t get that on the train LOL.”

It added: “Let us know what you reckon guys. Could get all three and whack the ticket prices up again maybe?”

However season ticket holder Roy Hobbs tweeted: “Are you going to drive it off a cliff like at the end of Thelma & Louise? Because everyone would like that.

A Southern Rail spokesman said: “It’s a fair question though because the Lambo is faster but the Aston Martin is perhaps more elegant.

“When you run a train company this is the kind of serious shit you have to deal with.”