A TEACHER has been suspended after using her Facebook Timeline to expose pupils to the minutiae of her Guardian reading habits.

Headteacher, Bill MacKay, said: “We all thought those interesting H&M minisweaters and tight knee high leather boots she wore were sort of an Eva Braun thing. We’d never seen so much interest in pottery.

“But now we’ve all seen her Facebook page, it’s clear she’s actually trying to look like Sara Lund from The Killing – or as she calls it ‘Forbrydelsen’. What a maniac.”

Bereft pupil, Stephen Malley, said: “For months she never accepted my friend request so I was forced to crack off to her profile pic thumbnail – a black and white snap of her with sexy bed hair and shirt unbuttoned all the way down.

“She finally accepted me but when I got on her page, it was just screeds of stuff about Occupy, the Leveson Enquiry and statuses I should repost if I was against racism. And links to 6 Music.

“There was one article which mentioned spit roasting, but it was just some food-related bollocks that President Obama did for Devali.

“Then I realised that her profile pic is actually a photo of Rufus Wainwright, crying. I feel so violated. What the fuck am I going to do with all these plasticine cocks I made?”

The General Teaching Council is now seeking to remove Archer permanently, citing her frequent use of the term ‘beautiful mess’ to describe herself, as well as the seven occasions she used the same term to describe the NHS.

Archer said: “Polly Toynbee warned us this would happen. No wonder she sent her kids to private school.” 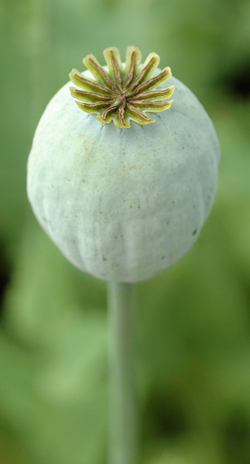 Ministers want to water down beer, wine and spirits amid warnings that Britain is now too drunk to keep its permanent seat on the United Nations’ Security Council.

A government spokesman said: “We should get away with it if we can switch to light vodka and keep a box of Tic-Tacs in our briefcase.

“But we’ve got to do something, it’s getting really obvious. Plus, people keep falling into heavy machinery and polar bear enclosures. It’s a total fucking mess.”

But Roy Hobbs, who has been selling heroin from an ice cream van in Glasgow since 1984, said: “Everyone has what we call a ‘Reality Avoidance Equilibrium’.

“Most of my customers maintain their ‘RAE’ with a mixture of heroin and crack, but there are millions of people who are squeamish about needles and hot spoons and so are forced to rely heavily on supermarkets.

“But if the alcohol is not strong enough to transport you to that special place where everything is just fine, you will need to top it up.”

Hobbs has joined forces with the other drug dealers he has not had killed to develop user-friendly heroin insertion devices that will appeal to his new middle class customer base.