'Buildings' only hope against cold

BRITAIN’S only hope for surviving the arctic conditions rests in weather-proof structures known as ‘buildings’, experts have claimed.

A building is a type of shelter commonly made by placing red or grey stone blocks on top of each other with a layer of industrial glue in between.

Buildologist, Dr Tom Logan, said: “Buildings are typically accessible via hinged rectangles. Opening one of them allows the user to ‘go into’ a building. This is because buidings are ‘hollow’.

“Once the rectangle is closed, you create a very definite demarcation between ‘outside’ and ‘inside’. There is no better form of protection from cold weather. They are even better than caves.”

He added: “I predict that sometime in the future it will be common for people to buy or rent buildings that they will then ‘live in’, vastly reducing their chances of freezing to death. Buildings will also be used for work and even leisure.”

He said: “A man called Nikola Tesla successfully harnessed the power of lightning, bringing light and heat without candles or fire. It seems very like sorcery, but somehow it’s not.”

Millions of Britons are expected to die by next Monday due to widespread fear of indoor spaces and silent but menacing radiators.

Teacher Emma Bradford said: “I’m worried by the subzero temperatures because I like to spend my evenings standing on a moor wearing just a vest and pants. 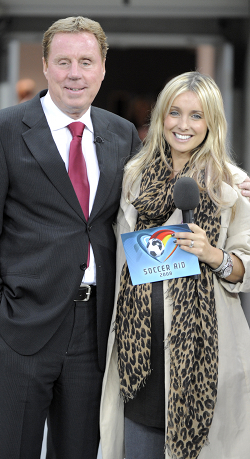 TOTTENHAM Hotspur manager Fabio Capello has been convicted of tax evasion relating to payments made when he was manager of Portsmouth FC.

The Italian, who was jailed for four years at Southwark Crown Court today, seemed bewildered by the verdict and even confused about where he was.

Capello, who won domestic titles with Milan, Roma, Juventus and Real Madrid before moving to the lower leagues of English football, shouted: “This isn’t me! I don’t know how he’s done this, but this isn’t me!” before being led away.

It is believed the verdict may have left the Italian temporarily deranged. Earlier he pleaded with the judge and insisted he was manager of the England national side and had never even been to Portsmouth.

England’s manager Harry Redknapp, who yesterday won a battle of his own after the FA reinstated John Terry as captain, said: “I’m sad to see Fabio go down but you just can’t trust foreigners.

“He had form with match-fixing at Juventus so I wasn’t surprised to hear he’d been a naughty boy with his tax returns. You wouldn’t want a slimy character like that in charge of your national side. No, you want a trustworthy, reliable red-blooded Englishman like ‘Arry ‘ere.”

Redknapp, who yesterday appeared at a charity event with pop star wife Louise, has led England from strength to strength since succeeding Steve McClaren as manager and the team are now odds-on to win this summer’s European Championship.

Nicknamed ‘Nostradamus’ for his uncanny ability to predict how opponents will play, and even sometimes exactly when goals will be scored, England fans have credited him with supernatural powers – a claim he dismisses as ‘bonkers’.

Meanwhile, he has amassed a personal fortune of more than £800m thanks to a series of shrewd stock market investments which he declares rigorously to the Inland Revenue.

He added: “There’s no big secret to what I do. It’s just thinking ahead and a little bit of luck. To do the things everyone says I can I’d have to have invented a time machine.”